Rhett Butler? Is that you? 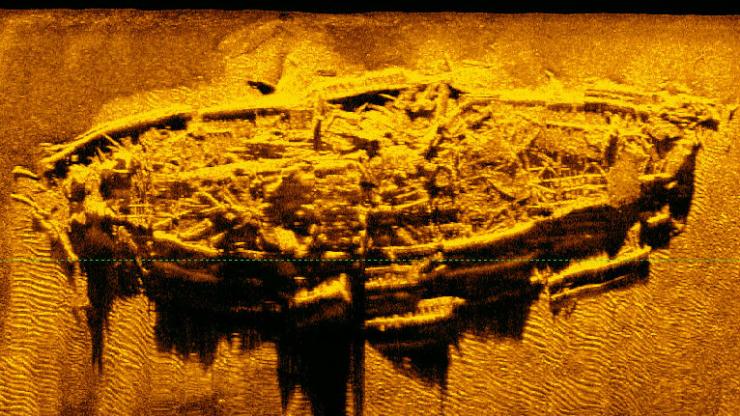 Frankly, my dear, we do give a damn. The Civil War may have been a very long time ago, but it’s importance still resonates across the country, even now, over 150 years after the war ended.

And even after such a long time, historians and archeologists are still finding new features and artifacts from that pivotal time in history to explore. On February 27, sonar scans taken off the coast of North Carolina revealed another Civil War-era treasure lying on the seafloor, a sunken ironclad steamship.

The identity of the ship remains unknown, but researchers are pretty sure that it was a blockade runner, like the kind the fictional Rhett Butler of Gone with the Wind would have commanded while he was being charmingly despicable.

“A new runner is a really big deal,” Billy Ray Morris, Director of North Carolina’s Underwater Archaeology Branch said. “The state of preservation on this wreck is among the best we’ve ever had.”

Three blockade runners are known to have been lost in that area: the Agnes E. Fry, Spunkie and Georgianna McCaw. The Union blockade was nicknamed the ‘Anaconda Plan‘ and designed to choke off supply lines to the Confederacy during the height of the war. Ships, including steam ships and sailing vessels tried to bypass the blockade, usually at night and at high speeds.

It’s not yet known how this particular vessel sunk, but it is far from alone in its watery grave. At least 53 blockade-running ships were lost in the area near Cape Fear during the Civil War. Then there are the sunken pirate ships, World War II vessels, and all the hapless crafts that have given this area off North Carolina the nickname the Graveyard of the Atlantic.

Many of those vessels are lost to time and the shifting sediments and currents that make the area so treacherous. Hopefully, this blockade runner won’t prove to be so elusive. Though the sonar image is just a teaser, researchers are continuing to map and explore the site. Hopefully, there will be more details soon.