Find the best smart TV for your viewing habits

Weigh your options and make the right decision. 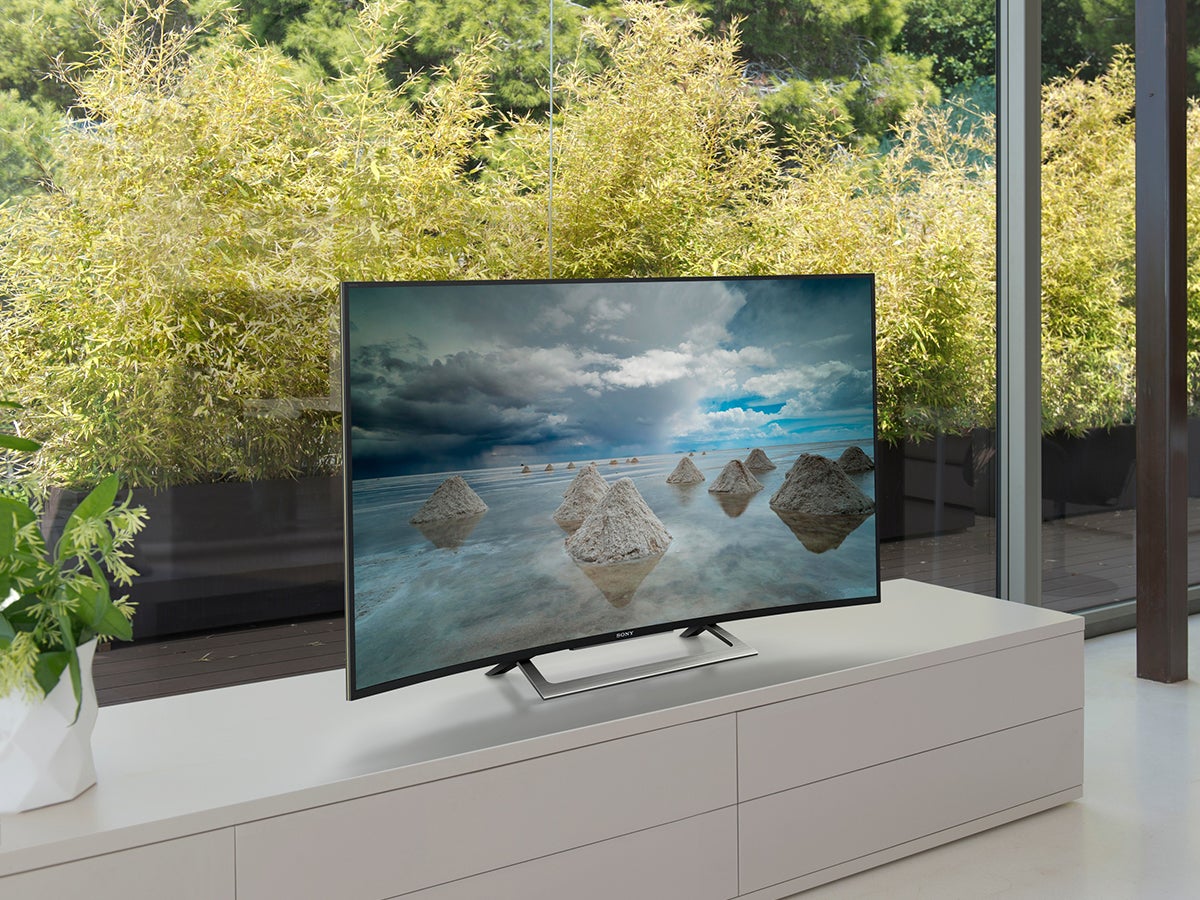 Want to buy the perfect smart television for your family? Follow our shopping guide to make sense of the specs.
SHARE

The right smart TV can vastly improve your home entertainment, filling your living room with on-demand content from Netflix, Hulu, Amazon Prime, and other streaming services. But choosing the perfect set for your viewing habits means deciding on the screen resolution, the display technology, and the platform that will serve as the device’s brains.

Smart TV specs can seem confusing, but once you understand what each number, measurement, and bit of jargon means, you can buy with confidence.

One of the primary considerations for any new TV is simply how big you want it to be. The answer depends on the size of your budget—and the physical space where you plan to install it.

Dig out a measuring tape and write down the dimensions of the living room or bedroom where the television will live. Even after you measure everything, you may still have trouble picturing how the television will fit. To figure out just how dominating your new TV might be, you could use augmented reality to view it in situ (check out the apps from Samsung or Sony), or more practically, mock up cardboard panels in a variety of sizes.

You should also consider how far away you’ll be sitting as you watch: Sets at the larger end of the scale will overwhelm your eyes if you’re right in front of them. There’s no single correct way to calculate the ideal screen size based on viewing distance, although manufacturers and experts do offer some advice. If possible, visit a local retail store to test out sizes and distances for yourself.

In the end, you’ll have to rely on your judgment—and maybe a cardboard cut-out or two—to pick the right size.

Just like with a laptop or smartphone, a television’s resolution refers to the number of dots or pixels that make up the screen. The more pixels, the sharper the display, but screen size matters too—the same number of pixels across a bigger display won’t look as clear.

Right now, it’s an easy decision, because 4K displays (with resolutions of 3840 by 2160 pixels) have saturated the market. Some television companies use the term “ultra HD” instead, but it’s the same resolution, and just about every new set today comes with this specification.

If you’re really looking to save money and are picking a smaller set (under 40 inches, say), you might find a few budget “full HD” (or 1080p) models to pick from. At the other end of the market, you may see some 8K sets. These are still far too expensive, and there’s minimal 8K content right now anyway. The time for 8K will come, but it won’t be for a few years.

Today’s television displays rely on two competing technologies: the ubiquitous LED LCD and the more expensive OLED. Trying to say which one is best can get tricky, particularly because manufacturers add their own tweaks and technologies to each platform. Plus, as both technologies develop, they naturally get better.

Both types of screens use LEDs for illumination, but in different ways. LED LCD screens employ white light-emitting diodes, or LED pixels, as backlight to form images through a liquid crystal display, or LCD filter. The LEDs usually cover the whole screen, but cheaper sets sometimes limit them to just the edges. LED LCD displays are generally sharper than OLED ones, and they also provide more natural-looking light control in scenes.

On the other hand, organic light-emitting diode, or OLED, screens skip the backlight and instead use an electric current to light up the pixels one by one. This lets the screen respond more quickly. Also, because OLED displays switch black pixels off completely (LED LCD screens simply dim them), they tend to have better contrast. They’re more expensive to manufacture, too, so they’ll usually hit your wallet a little harder.

Those are the principles, but these technologies are constantly changing. A lot of newer, more expensive LED LCD sets now use local dimming, which selectively dims the light in specific zones across the screen. We’re also seeing mini-LED sets with super-small zones too, meaning LED LCD display backlighting can be almost (though not quite) as accurate as OLED.

Given all this terminology—and plenty of manufacturer-specific buzzwords we haven’t mentioned—it can feel impossible to understand these underlying technologies or to pick between them. We’d recommend noting the basic guidelines above, then heading to your local TV shop, where you’ll be able to experience the quality of the picture and how it relates to each panel type.

Don’t spend too much time agonizing over the software that will power your smart television—it shouldn’t be a huge factor in your decision. All the smart TV platforms offer similar sets of features, including access to big apps like Netflix, Hulu, and YouTube.

Manufacturers like Samsung, LG, and Panasonic employ their own in-house smart-TV software; Sony mainly favors the Google-made Android TV; and budget brand TCL relies on Roku software. You might find slight differences from platform to platform (Android TV and Roku have the best app selection, for example), but these variations are minor.

You’re honestly better off plugging a Chromecast, Apple TV box, or Amazon Fire TV device into your set than relying on the on-board software. An external dongle or box will run faster, provide a better choice of apps, and receive more regular updates than anything on the TV itself.

In fact, take the time you were going to use drafting a spreadsheet to compare each platform and spend it checking the number of ports on your TV to make sure you can plug in all the peripherals you’ll want to connect.

Consider the other gadgets you’ve got at home, too—Android TV or a Chromecast is a smart choice if you already have Android phones and tablets dotted around the house, for example. Alternatively, a growing number of television sets now come with AirPlay built in (Apple’s own video streaming protocol), which means it’s easy to beam content to them from iPhones, iPads and Macs.

Figuring out what you want from the basic specs we’ve mentioned will help you narrow down your smart TV choices. When that’s done, check whether the sets on your shortlist include some of these picture-enhancing features.

For example, most screens now include high dynamic range, or HDR. This brings out the detail in the darkest and lightest parts of the picture and improves the range of colors. Check to make sure the sets on your shortlist support it. While you may find competing HDR standards, such as HDR10 versus Dolby Vision, any HDR support can provide a better-looking display.

You also should consider the refresh rate: literally the number of times the TV display refreshes every second. For instance, a rate of 60Hz means the image resets 60 times per second. More refreshes will give you a sharper image and less motion blur when you’re watching fast-moving action and sports. When you’re checking the specs, watch out for numbers labeled “effective” refresh rates—terms like these could be exaggerated marketing phrases that don’t reflect the panel’s actual rate.

Most smart TVs will also apply some clever technology to reduce motion blur. You’ll find this type of effect under a name like motion or frame interpolation. However, the technology may or may not look good to your eyes—it can dial down the blur so much that everything gets a razor-sharp, cheap-looking sheen known as the soap opera effect. The good news is that these motion blur effects are optional, so you can disable them.

Weigh all the other features

You’re almost ready to make your final choice—but there are a couple more features to consider before you go ahead and buy.

For example, even though few TV manufacturers focus on sound quality, that feature will have a big impact on your viewing enjoyment. Audio buffs might hold out for a superior standard such as Dolby Atmos: an attempt to create an immersive, surround-sound experience in your living room. However, it will only be available in certain high-end sets—most TV makers assume serious audiophiles will invest in a separate soundbar.

Another badge of approval we recommend you look out for is Ultra HD Premium. This is a set of standards, defined by the UHD Alliance industry body, that specifies a minimum level of quality in terms of color, refresh rate, brightness, and audio. It guarantees a certain pedigree in a set, and factoring it in can reduce the length of your TV shortlist.

Finally, the more reviews you read, from both users and professionals, the better. While it’s useful to know what all the standards we’ve mentioned actually mean, you can still find a high-spec TV with terrible picture quality or a lesser-spec TV that exceeds expectations. In other words, specs can help narrow down your choices, but they don’t necessarily tell you whether one specific TV is better than another. A set’s quality doesn’t shine through until you’ve had the experience of using it, so user reviews really help.

Ultimately, your available budget may be the best way to clear the field. Once you’ve limited your options to a set price range, you can start weighing the factors we’ve discussed. Certainly consider the specs defined above, but the only must-haves we recommend are a 4K resolution and HDR.

Apart from that, don’t sweat the details too much. Even a slightly older set is worth considering. Because televisions have long shelf lives, particularly compared to more frequently-updated gadgets like smartphones, your smart TV won’t suddenly become obsolete in just a few years (and you can always upgrade your set-top box to get new features, rather than your TV set).