Plus partnerships with Aston Martin and Faraday Future 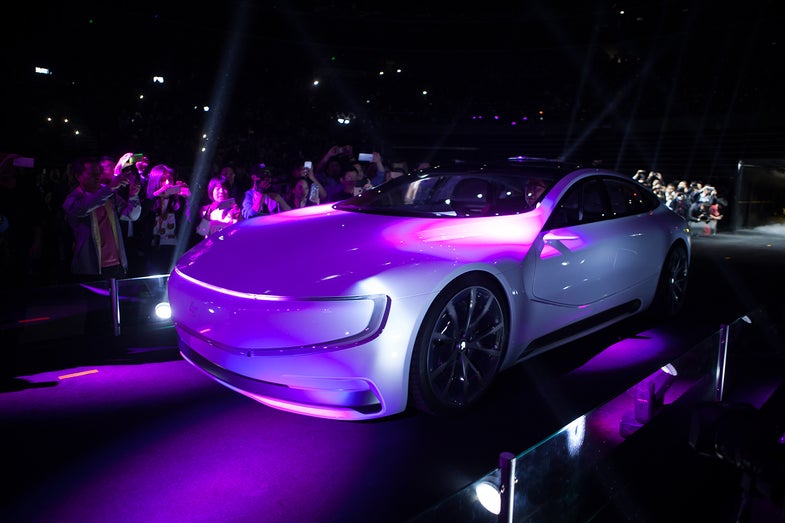 LeEco has a hand in just about everything. The company has been called “the Netflix of China” for its streaming video service (it used be called LeTV), but it also makes mobile phones and now an autonomous electric car. LeSEE, which stands for “Super Electric Ecosystem,” debuted at the Beijing Auto Show in April.

Details for the car were scarce, but it does have all the hallmarks of a concept car for the self-driving future, like a steering wheel that folds away when the vehicle is in autonomous mode. There are four screens so passengers can stream video – via LeEco, of course. And it uses inductive charging via the front A-pillars, which is a quirky twist on the electric car.

LeEco is working with Aston Martin to develop a connected car for the venerable British marque. The Aston Martin Rapide S that was in the LeEco booth at CES this year got some upgrades for the Beijing show, including access to LeCloud (LeEco does have a theme in its naming conventions) and facial recognition. When you get into the driver’s seat, the car recognizes you and adjusts the settings and apps to your preferences.

LeEco is also one of Faraday Future’s largest funding sources. The tech giant announced that it would partner with the startup electric car company to fund an autonomous driving research center in Silicon Valley. A few days later, it took a big step toward making that promise a reality by opening its first US outpost in San Jose, California.

So far, the Aston Martin Rapide S with LeAutolink is the most concrete example of LeEco’s automotive plans. It remains to be seen how many of the futuristic aspects of the LeSEE might make it to the road.