Genetics Experiment Will Be First Chinese Project On Space Station

The ISS is about to get even more international 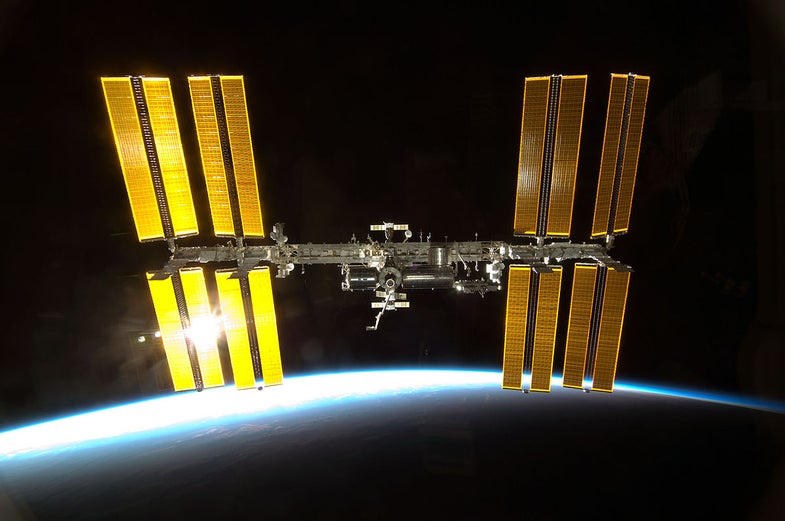 NASA is not allowed to do business with Chinese scientists. That’s according to a 2011 ban that makes the scientific endeavor to explore the universe unfortunately political. However, the law doesn’t say that private American companies can’t work with China in space, and according to the Houston Chronicle, a company called NanoRacks is exploiting that loophole to set up the first Chinese experiment on the International Space Station.

NanoRacks, based in Houston, helps scientists get their research on the ISS. Under the new deal, scientists from the Beijing Institute of Technology will pay NanoRacks $200,000 to launch a genetics experiment onboard a SpaceX capsule, deliver it to the American side of the space station, and send back the data. The experiment will test the effects of space radiation on DNA.

The deal reportedly has NASA’s blessing, but there’s a slight chance Congress will attempt to block it from happening. But that’s not likely, since there’s pretty much no risk of losing NASA’s high-tech secrets to China.

Could this be the start of a new, long-lasting partnership with China? Click over to the Houston Chronicle for an in-depth discussion.