The program will make China the world’s biggest carbon market 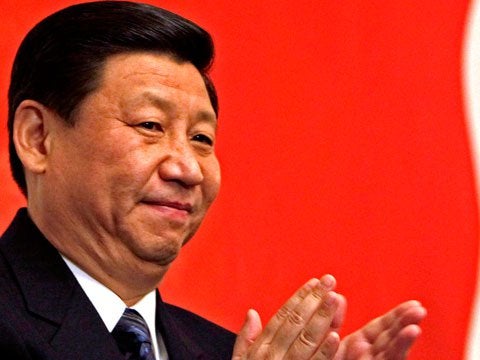 President Xi Jinping of China announced today during a visit to the White House that China will start a national cap-and-trade program to limit greenhouse gas emissions in 2017.

Under cap-and-trade programs, a governing body limits the amount of pollution that can be emitted, and then sells permits to companies that want to emit pollutants. Companies can trade their permits, creating a market for emissions and providing an economic incentive for companies to reduce their carbon footprint.

The announcement comes on the heels of last November’s climate accord between the U.S. and China, which included a first-ever pledge by China to curb its growing emission rates by 2030. China’s cap-and-trade program will help the country reduce emissions from some of its most polluting sectors, including power generation, iron and steel, and chemicals.

But China’s agreement to a national cap-and-trade program, which Obama officials said have been in the works since April, represents the country’s first wide-ranging plan for limiting its emissions. Along with the emissions trading program, China also announced that it will stop investments in high-carbon energy projects overseas.

“As goes China, so goes the world.”

In the last decade, China has surpassed the U.S. as the largest emitter of greenhouse gases, in parallel with its rapid economic growth. In 2013, China accounted for nearly 30 percent of total global carbon emissions, with many of its emissions coming from coal-fired power plants, which generate 80 percent of the country’s electricity.

The World Resources Institute, a U.S.-based think tank, estimates that China’s cumulative emissions since 1990 will reach 161 billion tons by 2016, exceeding projections for the U.S. at 147 billion, and making China the largest contributor to modern climate change. However, the United States still exceeds China by more than double in per capita emissions, which Chinese officials have argued are a better yardstick for contributions to global climate change.

China has yet to announce specifics about its cap-and-trade plan, leaving some concerned about the political and technical challenges that lie ahead. “The devil of course is in the details,” said Timmons Roberts, a professor of environmental studies at Brown University. “It really does matter what the actual cap is.” If China sets limits that will peak its emissions before 2030, the move would be a huge one, according to Timmons.

“The devil of course is in the details. It really does matter what the actual cap is.”

Cap-and-trade programs have been praised by some policymakers as an efficient way to reduce global greenhouse gas emissions, while others argue that the strategy rewards big polluters that can afford to buy permits.

In his first term, President Obama tried to pass a similar cap-and-trade program, but the measure was rejected by the Senate, in part among concerns from American politicians that setting emissions limits would harm the U.S.’s ability to compete economically with China.

President Xi Jinping’s announcement sets the tone for the U.S. and China to lead discussions at the UN climate change conference that will take place in Paris in December. ‘It’s very significant,” said Roberts of the potential implications. “As goes China, so goes the world, when it comes to climate change.”