China Says It Has Quantum Radar: What Does That Mean? 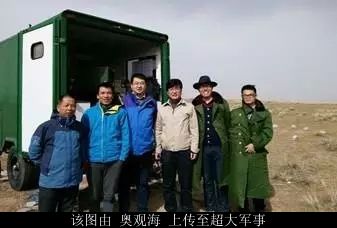 China Electronics Technology Group Corporation (CETC), China’s foremost military electronics company, has announced that its scientists have tested a quantum radar to the range of 100km, beating out known American and German competition by 500 percent. This is a significant claim to make, as a quantum radar would theoretically be able to detect stealth aircraft at long ranges.

Because stealth aircraft are optimized for stealth against radio waves used by conventional radars, they would be much more susceptible to detection by the photon waves of a quantum radar. Additionally, the quantum radar could ‘observe’ on the composition of the target, since in the state of entanglement, the entangled photons remaining in the radar would show the same changes that transmitted photons would have when interacting with the target (known as quantum correlation). That would also be very valuable in missile defense, where one could differentiate between an actual nuclear warhead against inflatable decoys.

There is, of course, a wide difference between a claim of a laboratory “proof of concept” and the deployment of an actual working quantum radar. Indeed, US defense contractor Lockheed Martin has been attempting to build its own quantum radar for long range detection since 2007, with no public reports of deployment. A number of hurdles have to be overcome not just in making the system work, but also truly useful. A major obstacle towards an operational quantum radar is the problem of quantum decoherence; as a quantum system like entangled particles spends more time in the environment, the longer exposure to the outside environment will cause the quantum system to ‘decay’ (to lose its quantum behavior). This imposes range limitations on current quantum radar prototypes, since longer range equals more time spent exposed to its surroundings. While a 100km-range quantum radar may seem impressive by scientific research standards, the demands of air defense against stealth bombers or missiles would require a much greater range to be of optimal military use.

Whatever happens next with the quantum radar project, CETC’s announcement is a useful reminder of both the impressive array of research activities in China and how breakthroughs in technology can quickly turn the tables on once powerful weapons.