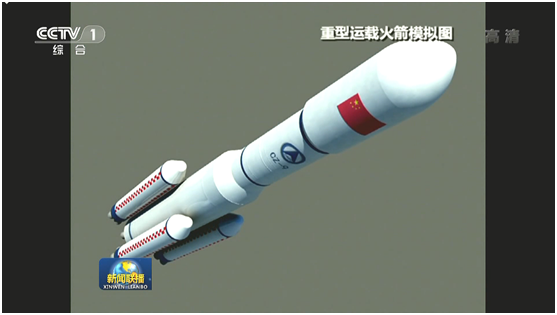 China recently provided the clearest look yet at one of the world’s largest space rockets, the 4,000 ton Long March 9 (LM-9). 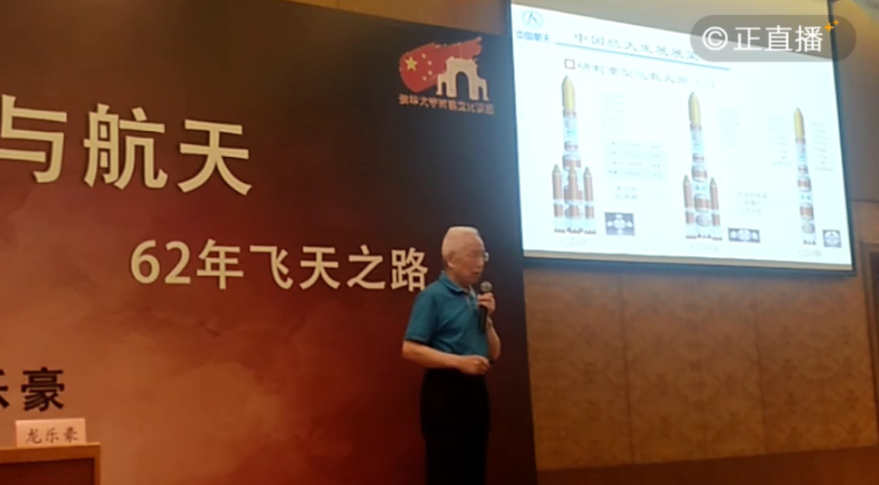 CALT Chief Designer Long Lehao provides stats on the LM-9, which is in between the Space Launch System and SpaceX BFR in terms of payload.

Targeted to start flying by 2030, the LM-9 has a diameter of 10 meters, a height of 100 meters, 6000 tons of thrust from four first stage engines, and four booster rockets. With this size and lift, China’s Academy of Launch Vehicle Technology (CALT) Chief Designer Long Lehao announced that the Long March 9 will be capable of lifting 140 metric tons to low Earth orbit (LEO), 50 tons to Earth-Moon transfer orbit, and 44 tons to Earth-Mars transfer orbit (140 tons is right between the projected lifts of NASA’s Space Launch System (130 tons) and SpaceX’s 150 ton BFR). 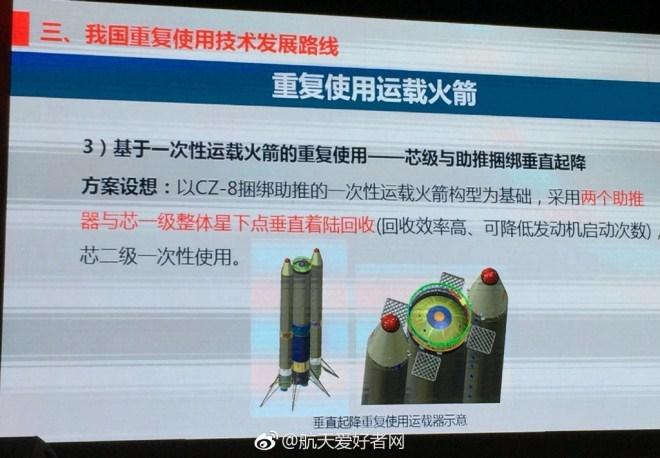 Given the China Academy of Launch Vehicle Technology’s (CALT’s) goal to make all its space launch vehicles fully reusable by 2035, a reusable version of the LM-9 is likely in the works. 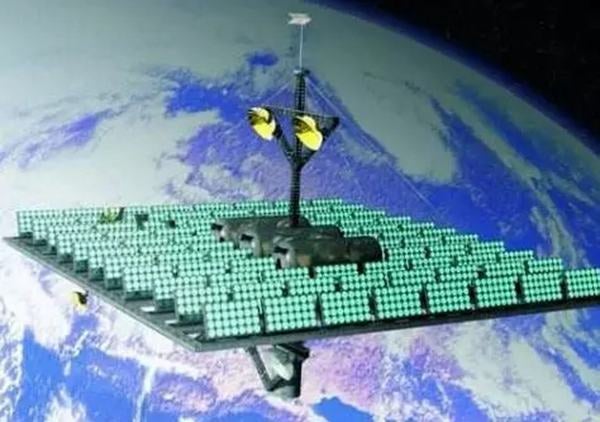 While this CGI from state media is rather fanciful (a space based solar farm likely wouldn’t need that much bracing), Chinese plans for researching orbital solar power plants are very real—and will need heavy space launch rockets like the Long March 9 to realize it.

Long states that the China National Space Administration (CNSA) has big plans for the LM-9. In addition to carrying taikonauts to the Moon and establishing a lunar base, the LM-9’s 2030 inaugural will be a Martian soil sample return, following a Martian rover mission in 2020. Intriguingly, Long said that the LM-9’s heavy payload could support a Chinese orbital solar powerplant, which would consist of orbiting solar panels transmitting energy back to power converters on Earth. While the LM-9 could launch military payloads like spy satellites, the 25 ton to LEO Long March 5, and 70 ton to LEO Kuaizhou 31 solid rocket would be more likely candidates for classified missions. 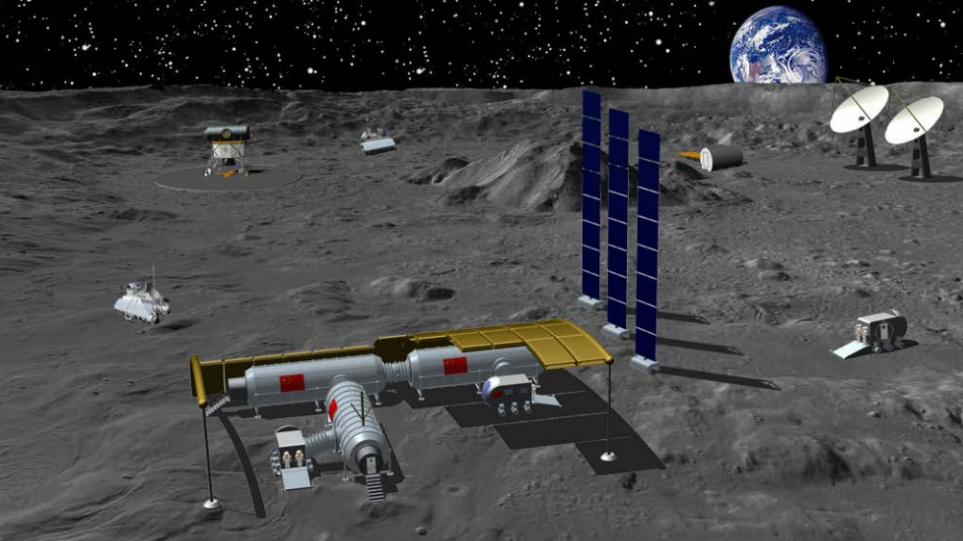 In news related to the LM-9, Sino-Russian space cooperation is looking to get stronger in the next decade, as CNSA and Roscomos have signed a wide-ranging spaceexploration cooperation agreement covering issues from lunar exploration to monitoring orbital space trash. According to Russian media, China and Russia are looking at cooperation on a super-heavy space launch vehicle, which is likely the LM-9. One arrangement could see extraplanetary Russian payloads hitch a ride on Chinese super=heavy rockets (the planned KPK CTK rocket can launch only 90 tons into LEO). Sputnik reports that a mid 2020s Sino-Russian joint space station may be in the works, which comes alongside the planned American-Russian Lunar Orbital Platform Gateway. Of course, both the projects and timelines are highly prospective. 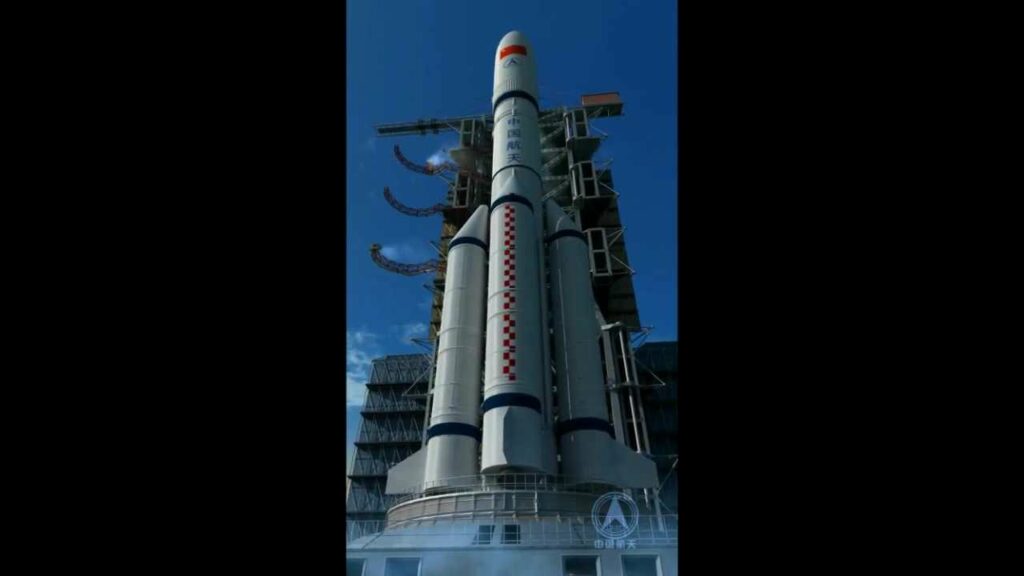 The news, though, does have some back-history to it, beyond the wider array of Russian-Chinese cooperative deals in areas that range from jets to cybersecurity. Governor Shen Xiaoming of Hainan province said in early July 2018 that his province is planning a Sino-Russian space center that will host joint work between government agencies, corporations and scientists. Hainan is the site of the Wenchang Space Launch Center, which is China’s newest and largest space center. Russian experience with long term manned space flight and deep space probes could work very well with Chinese super rockets and electronics technology 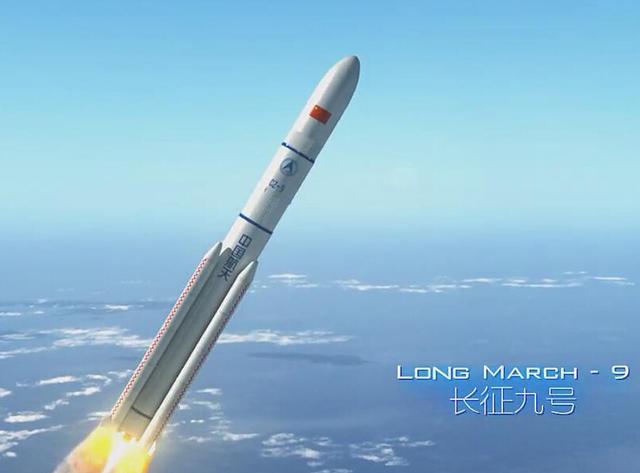 The LM-9, when launched, will be the first step in establishing China as an extraterrestrial space power. As shown with intensifying space cooperation with Russia, as well as the CNSA promising space on the Tiangong 3 to any interested nation, China clearly has plans to make space a centerpiece of its 21st century soft power, here on Earth and beyond.