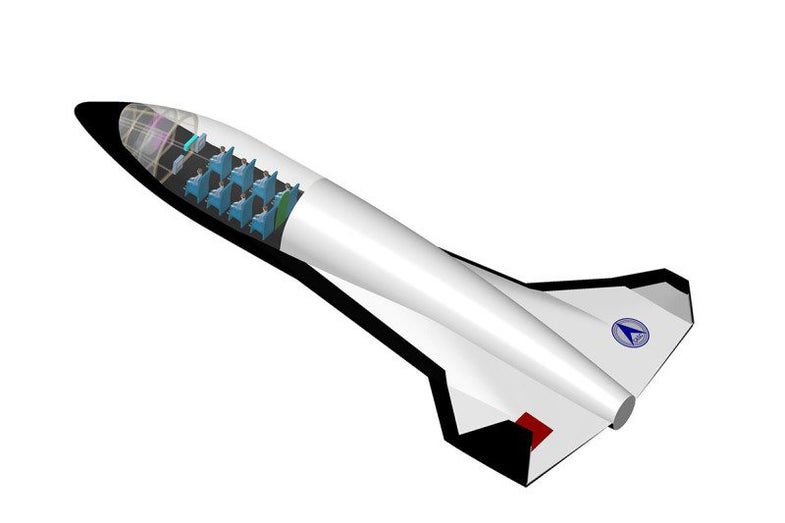 Go high enough in the atmosphere, and eventually you’ll reach space. That is assuming a vehicle can, somehow, carry itself there–as the atmosphere thins, traditional flight becomes difficult and then impossible. Getting to space takes a rocket, sometimes carried by an airplane, like Virgin Galactic’s SpaceShipTwo, which blasts off from the underbelly of its White Knight Two transport–or it takes a rocket launch from a platform on the ground. A state-backed firm in China wants to get rid of all the extra parts, instead completing the entire process with one rocket-powered spaceplane that takes off like a rocket, and returns to earth like a shuttle.

The flights will, according to Han, cost around $200,000 to $250,000, a price point roughly identical to Virgin Galactic’s similar space tourism offering, with about the same time in space.

Instead of catching a ride into the upper atmosphere like SpaceShipTwo, its predecessor SpaceShipOne, or NASA’s X-15 rocket place, China’s space plane as intended will launch vertically from the ground, like the retired Space Shuttle and Buran, its Soviet clone. Two other spaceplanes, the Air Force’s mysterious unmanned X-37B robot and the unmanned version of Sierra Nevada Corporation’s Dream Chaser both are designed to ride to space on the top of rockets, jettisoning the booster stages as they clear gravity. (Incidentally, the United Nations recently selected Dream Chaser for its first ever space mission, designed to open space infrastructure up to countries that lack their own space programs.)

Unlike the Shuttle or the X037B, the smaller version of China’s space plane will carry all its fuel internally, and the concept seems to lack booster rockets. The larger space plane will use a single booster add-on, carrying it farther into space.

The most successful spaceplane currently flying is a military robot. In the more than a decade since SpaceShipOne cleared the atmosphere, its Virgin Galactic successor program has yet to carry any paying customers, and that’s without the hurdle of starting from vertical launch. NASA’s space shuttles operated for three decades before retirement, using boosters for every launch. A new program that promises to carry itself to space with the fuel contained in a single body, and promises to do it by the end of the decade, is a neat idea, but one that is at best deeply optimistic and unproven.