China to Trump: Actually, no, we didn’t invent climate change 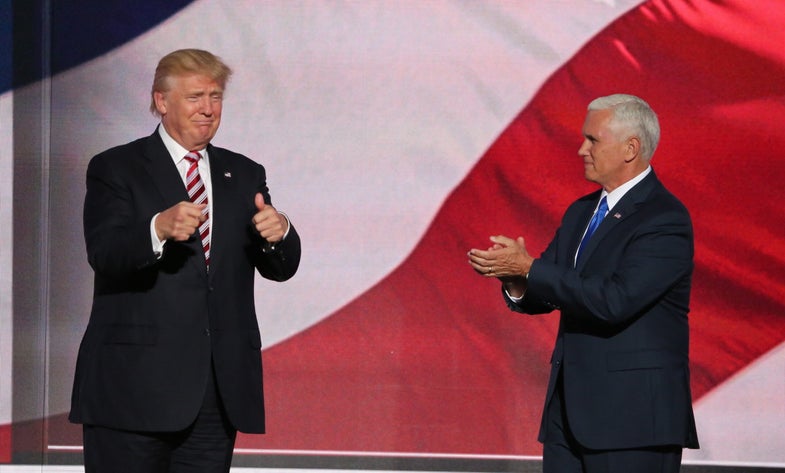 Donald Trump, who’s about to become the most powerful man in the world when he takes office in January, is a climate change denier, having tweeted that global warming was “created by and for the Chinese.” Although he has also denied denying climate change is real, Trump spent his first week as president-elect appointing other officials who think climate change is a hoax and pondering the best ways to take down the historic Paris climate agreement. This week, one of China’s foreign officials has called him out.

At the COP 22 climate conference in Morocco, China’s Vice Foreign Minister Liu Zhenmin responded to this Trump tweet from 2012:

As the world waits to see whether the U.S. will pull out of the Paris climate agreement, Liu addressed Trump’s conspiracy charge.

“If you look at the history of climate change negotiations, actually it was initiated by the IPCC with the support of the Republicans during the Reagan and senior Bush administration during the late 1980s,” Liu said.

Indeed, the U.S. government was a driving force in establishing the International Panel on Climate Change in 1988, during Reagan’s presidency. The United Nations panel is a task force of thousands of scientists from around the world who evaluate climate change and its impacts. Although China wasn’t originally included in the negotiations to set up the IPCC, the country is now taking an active role in curbing climate change.

And the thousands of scientists on the IPCC panel as well as others have come to the same conclusion: climate change is real. China couldn’t have “created” climate change any more than it could have created the laws of physics.

Unfortunately, the impacts of climate change are real too. The melting glaciers, rising seas, and climbing global thermostat are evidence of that, and if the U.S. backs out of one of the most important climate agreements in decades, it’s only going to get worse from here.