Children Give Pope A Drone

A machine for the heavens 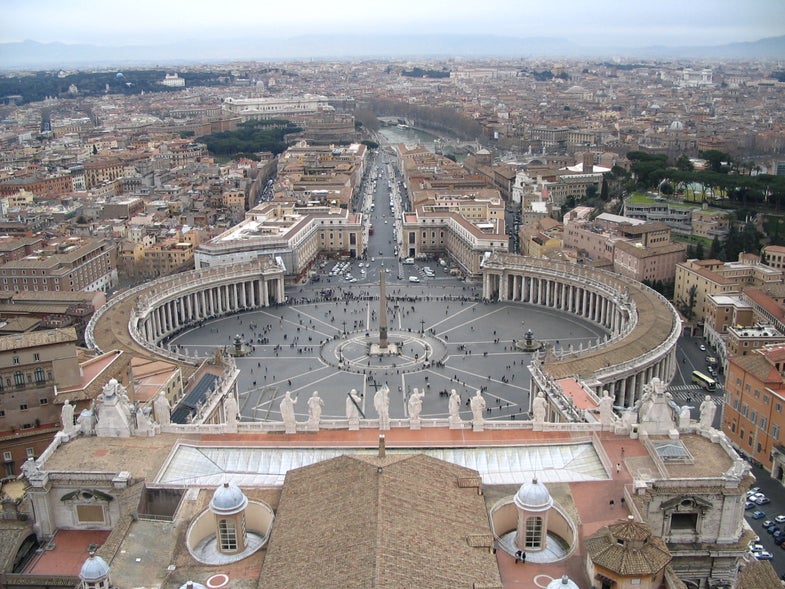 What do you give the man who has everything? Or, at least, is in direct communication with the entity responsible for everything? For a group of students in Rome from a Jesuit school, the answer for what to present the pontiff was obvious: they gave the pope a drone.

The drone arrived in the white and yellow colors of the Vatican. A statement from the organizers and excerpted by Italian news service ANSA said that the remotely piloted vehicle “represented…the values of technology in the service of man.” What service specifically? The students highlighted the drone’s use in Nepal, where they have checked on the integrity of buildings and plotted paths for rescue workers. Given Italy’s recent troubles with seismology, a drone in the hands of the Holy See certainly couldn’t hurt.

This isn’t the first time drones and the Church have crossed paths. In the spring of 2014, the Washington, D.C. Archdiocese used a drone to film an outdoor procession. That drone use seemed to contradict FAA rules about both drones and Washington airspace, but it doesn’t appear that any legal trouble ever came of it. Regardless, the Pope should be fine flying his drone in the 109 acres of Vatican City, where he is sovereign. Here’s hoping he gets some great footage of St. Peter’s Basilica and uploads it to the masses on YouTube.