The Challenging Consequences of Co-Infections

During anyone’s lifetime, there is always the risk for demise. In some cases, this may occur not through the deterioration... 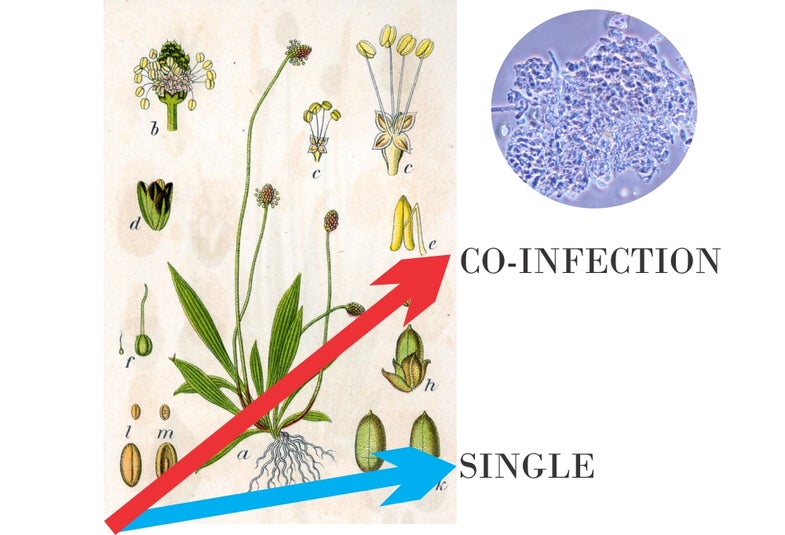 During anyone’s lifetime, there is always the risk for demise. In some cases, this may occur not through the deterioration of natural health, but by the unwanted presence of an alternate entity wishing to seize the combined assets for its own use. This action, a takeover, can result in dire consequences for the target resulting in a hostile period of defense that can lead to an increase in symptoms and potentially even an untimely death.

But what happens when there is more than one bidder? Multiple attacks can be disastrous requiring even more resources to fight and an even quicker depletion of energy. In a combined infection, such as the influenza virus and the bacterium Streptococcus pneumoniae, the results can be life-threatening through the development of pneumonia. In other cases, such as the development of infection by another potentially deadly bacterium, Clostridium difficile the opportunity arises during the fight against infectious diarrhea using antibiotics. Then there is the case of HIV. The depletion of the immune system by this virus provides an opportunity for a plethora of other pathogens to invade and quickly drain a person of energy.

While the effects of such hostile bids have been well described for the individual, the question remains what, if any, effects multiple takeovers can have on the environment. For the most part, this question has remained unanswered due to the relatively low frequency of such events in larger populations. But what has been learned suggests this area of infectious disease research may need more attention.

The most infamous example occurred in 1918 during the Spanish Flu pandemic. The effect of the flu virus on the body allowed secondary bacterial infections. Patients were almost helpless against the double attack and many simply succumbed. Some estimates suggest the majority of deaths may not have been due to the spread of the flu but both the virus and bacteria.

In Canada, from 2002-2003, an epidemic of C. difficile was analyzed for any contributing factors. The data showed a number of individuals were fighting off a number of infections using fluoroquinolones. Due to this one factor, the risk for infection was three times higher and outcomes aligned with greater morbidity and mortality.

The most important modern day example is the link between HIV infection and the onset of tuberculosis. Those living with HIV are 26-31 times more susceptible to Mycobacterium tuberculosis infection. The onset of the two infections occurs over a million times each year and accounts for over a quarter of HIV-related deaths. The World Health Organization has deemed this problem a priority and continues to find ways to prevent its occurrence.

These examples suggest a dual takeover can significantly impact a population and worsen the extent of spread. Yet, the relevance is limited to consecutive attacks. There is still not enough evidence to reveal if simultaneous co-infections could lead to an worsening epidemic or even the onset of a pandemic.

Last week, a European team of researchers ventured to answer this question using a more manageable population model: plants. The team examined the co-infection of a common UK plant, ribwort plantain, and the potential outcomes. Their pathogens of choice were two strains of a fungal species known to affect this plant, powdery mildew.

The experiments were performed not in the lab but in the garden. The team first grew plots of the plantain and then determined their ability to resist the fungus. Then, they infected the plants with one or both of the strains. Their hope was the impact of a dual invasion would worsen the ability of the plant to fight and lead to an increase in the spread of the pathogen through spores.

The results were exactly as they expected. Plants known to resist the fungus had no change in the ability to fight off disease. But susceptible plants encountered a significant increase in the number of infected leaves. Also as anticipated, the number of spores released over the infection increased significantly meaning a greater chance for spread and the development of an epidemic.

The results of this study highlight how co-infection can lead to dire consequences within a population. They also reveal the ecology of an epidemic. While initial infections were simultaneous, the natural spread led to both singular and dual infections with the latter causing the greatest burden. This suggests infections do not transmit uniformly and individuals may find themselves with one, two or no infection at all.

In the context of public health, this study underlines the dynamics of infection spread and how co-infections can worsen an outbreak. The results also suggest prevention of simultaneous co-infection is not as important as preventing co-infection regardless of timing. Granted, prevention of any infection is ideal. But when one does show up, such as influenza, gastroenteritis, or HIV, we should do all we can to prevent secondary infections. If not, we may find an epidemic can quickly go from manageable to uncontrollable.