CES 2015: Want To Stop Killing Your Plants? Parrot’s New Tools Take The Gardening Out Of Gardening 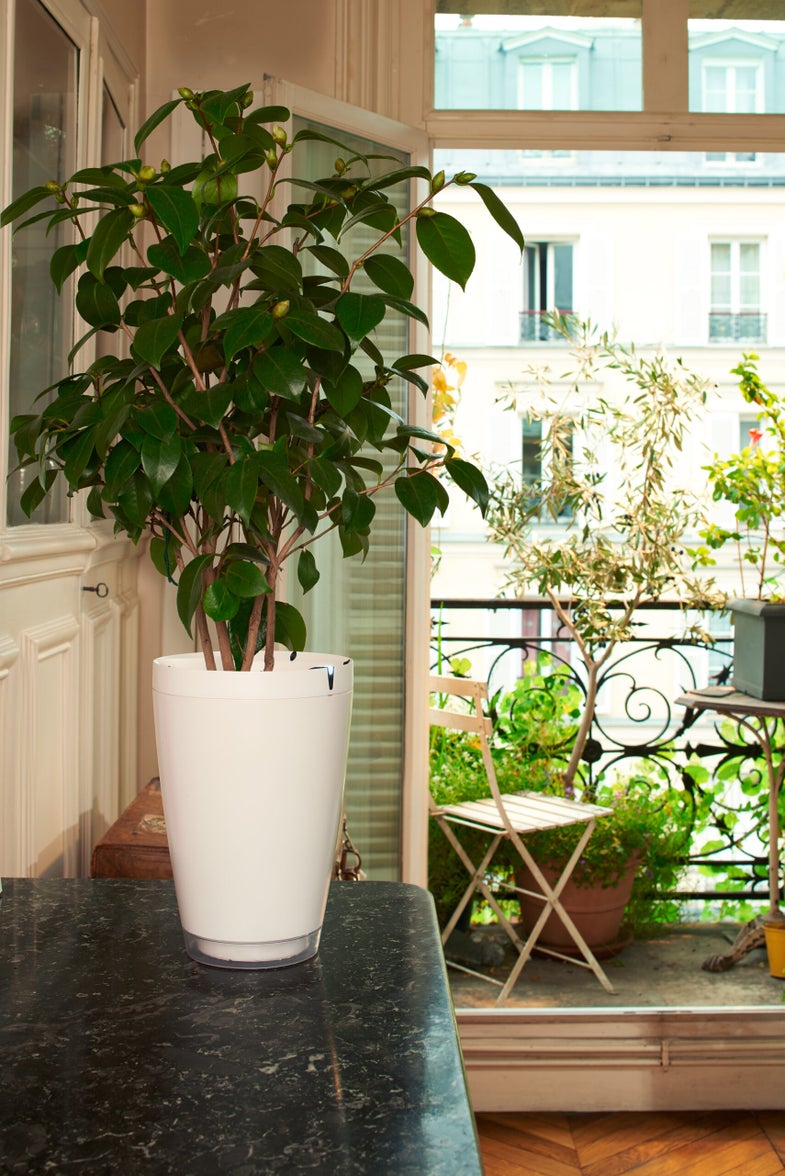 As I’ve learned, raising a plant isn’t as easy as it looks. I water too much or too little and what was plush green foliage when I brought it home turns to a sad withered crisp. Pot, which Parrot announced at CES this year, might make it possible for me to actually grow the indoor garden of my dreams. This is part of the company’s next generation of connected gardening products. A few years ago, Parrot released Flower Power, which would alert you when it was time to water your plants, give it a little fertilizer, or show it some extra sun.

Pot has similar sensors. Every 15 minutes, Pot records the data that its sensors detect: soil moisture, fertilizer levels, ambient temperature, and light. If you’re conscientious enough, you can take a look at that data, which is sent to your smart device via Bluetooth Smart. The real kicker, though, is that Pot can take care of the watering too. No need for your plant-killing hands to touch a watering can.

A two-liter reserve holds water, and four spigots dispense the sweet nectar to your plants. But wait, if you’re terrible at watering plants, wouldn’t that mean you’re terrible at remembering to fill up Pot when it gets low? Fear not, Parrot has thought of this too. When the water gets below a certain level, Pot will go into conservation mode, with the aim of keeping you plant alive for as long as possible. Pot is slated for release some time this year.