CES 2015: This Robotic Head and Eye Massager Is As Awkward As It Sounds 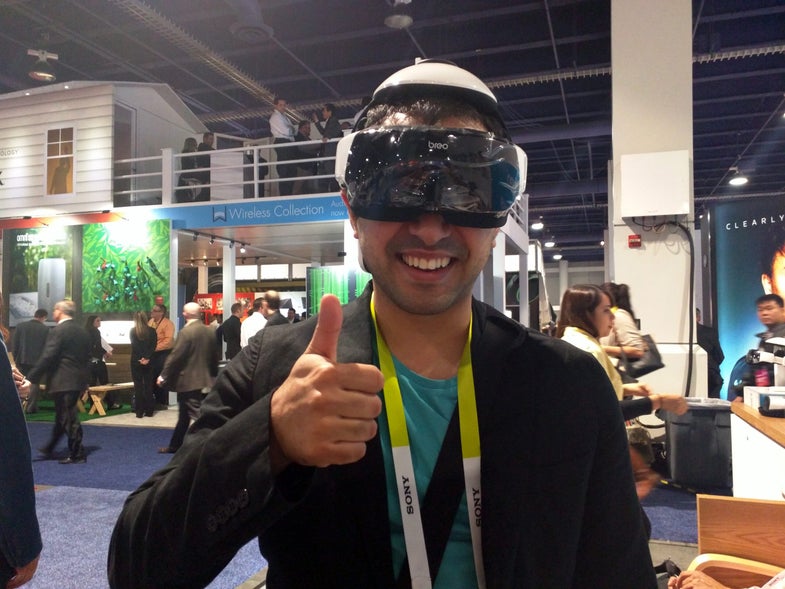 Imagine walking several miles per day, all day, for the course of a week. Now imagine during that time you’re navigating through a sea of people that are all vying for your attention, each of them hocking new electronic equipment that will most likely become vaporware. That, in essence, is what attending the Consumer Electronics Show (CES) in Las Vegas is like.

It’s no wonder, then, that every year people line up by the dozens to test out new robotic massage technology on the showroom floor. It’s one of the few moments during the week that people at the convention have a chance to sit down, close their eyes, and relax. The robotic massagers range from a variety of products including chairs, handhelds, and even standing machines. But this year, I came across something I’d never seen before: an eye and head massager.

The Breo Dream3 Eye and Head Massager looks a lot like a high-end virtual reality machine. When I discovered that it actually uses compressed air, vibration, and heat to massage my head, neck, and eyes, I couldn’t resist giving it a try.

The team behind the Dream3 claims the helmet-like massager targets pressure points on your neck, head, and back–but after thorough testing, I can safely say this machine felt like it was going to squeeze my brain out of my skull.

The Dream3 has many settings, and the one I was using was set to run for 15 minutes. After about five minutes, however, I couldn’t take any more of the facehugger-like vice grip it had on my head. It was fun, and kind of interesting, but for now I’ll stick with the massage chairs.

Popular Science found the coolest, most futuristic, and strangest gadgets and technologies at the 2015 International Consumer Electronics Show in Las Vegas. Browse our complete CES 2015 coverage.