The Drive CX is a powerful computer made for car cockpits 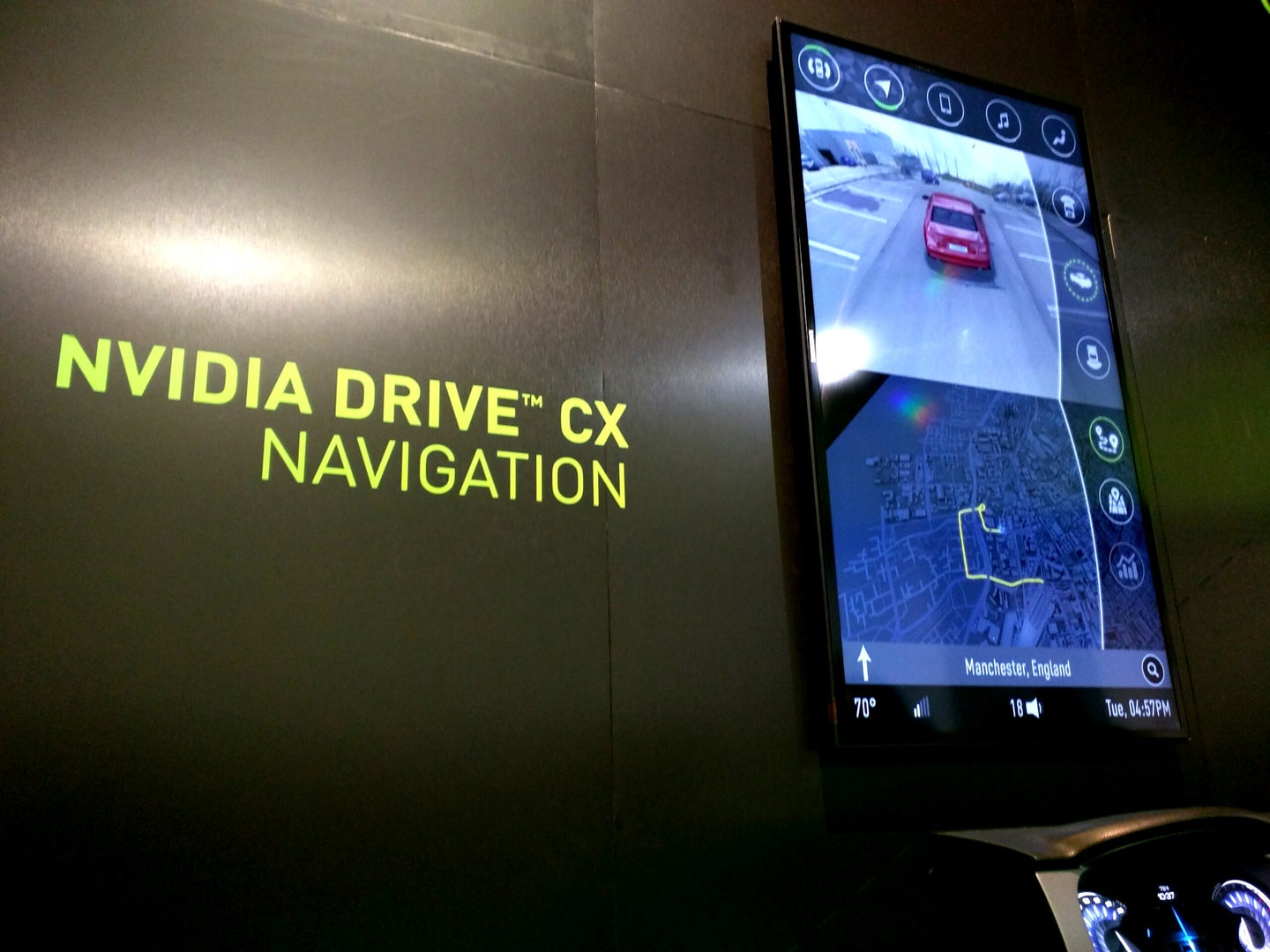 Nvidia is no stranger to computer graphics. The company has been a leader in graphics processor (GPU) manufacturing for more than a decade. Now, it wants to bring its high-end graphics processing capabilities to cars.

The Nvidia Drive CX, a high-end cockpit computer, was unveiled at the 2015 Consumer Electronics Show in Las Vegas, and its meant to power automotive entertainment systems. That means that car navigation, infotainment, instrumentation (such as speedometers), driver-monitoring and more will be capable of displaying graphics as powerful as a high-end smartphone or tablet.

The Nvidia Drive CX is powered by a Tegra X1 or Tegra K1 processor depending on the configuration. Both chips have traditionally been used in tablets, smartphones, and other mobile devices. Now that they’re being brought to the automotive industry, automakers will be able to build more complex computer systems such as 3D navigation models or better collision avoidance systems.

Although Nvidia hasn’t announced any partnerships that will make use of the Drive CX just yet, the spokesperson that we talked to was extremely confident in the new platform. “We’ve been building computer systems for automakers for ten years,” said Daniel Shapiro, Sr. Director of Automotive for Nvidia. “We’re already seeing lots of interest from car companies.”