Sure, it's shiny, but it's got some technology in there too 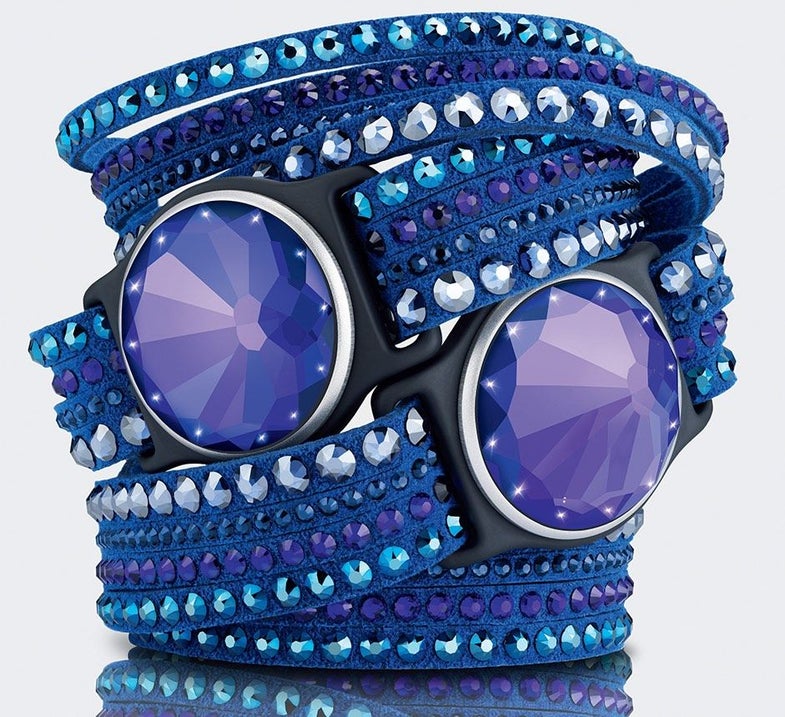 The pact of donning a wearable is the inevitability of a dead battery—rechargeable or not. That's just one more excuse for you to take it off and never put it back on. Now, Misfit has partnered with Swarovski to make a new version of its Shine fitness tracker, to be released later this year. While it has a flashy exterior, the real stunner is that it is powered by solar with no obvious panel in sight. [Read more]. Courtesy Misfit
SHARE This bling is powered by the sun.

Wearable technology is great, but inevitably, the battery will die. What if you never had to worry about a battery charge? Misfit, the makers of Shine and Flash, have partnered with Swarovski to create a crazy crystal fitness tracker. It has the same bells and whistles as the previous models—tracking your steps and sleep—but the appearance is noticeably different. Instead of a sleek, smooth face, which lights up when you tap it, this new Shine is essentially a giant Swarovski crystal with some hidden electronics built in. The first models to be released are the standard battery-powered ones, but a violet-colored version slated to release later in the year will have a cut crystal face that harnesses the sun’s energy, feeds it into embedded solar panels, and powers the device. The company says you can charge with almost any light source, and only 15 minutes will revive it.