Celebrating The Third Anniversary Of The Cutest Discovery Ever

The olinguito was the first newly discovered mammal in three decades 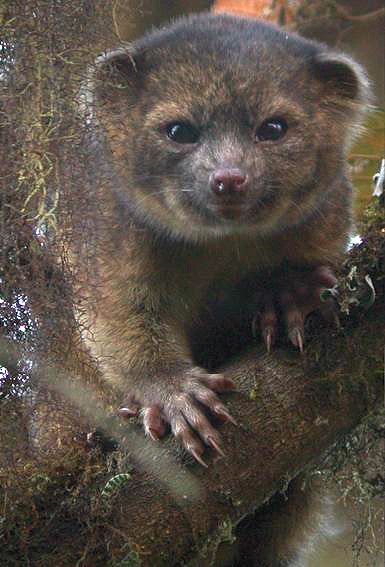 Have you met Olinguito? No? Well, it’s #WorldOlinguito Day so get your heart-eyed emojis ready because this thing is too darn cute.

These cat-bear-looking creatures of the raccoon family live in the Andean cloud forest of western Colombia and Ecuador. Of course something so unearthly adorable lives in a “cloud forest,” a dreamy name for super-foggy tropical canopies. In 2013, the olinguito, pronounced oh-lin-GHEE-toe, became the first newly discovered mammal in 30 years. Kristofer Helgen, curator of mammals at the Smithsonian National Museum of Natural History, was researching the olingo when he opened a drawer at the Chicago Field Museum, Smithsonian Magazine reported. The reddish-brown long-furred skins inside were unlike any he’d ever seen. He and his team set out to scour the world’s olingo specimens, finally discovering their missing Olinguito.

They published the findings in ZooKeys, and here we are three years later with an official hashtag. Finding a new mammal species is rare, but that shouldn’t stop you from getting out there and opening all the drawers in your local museum.