And prescriptions should only last a few days 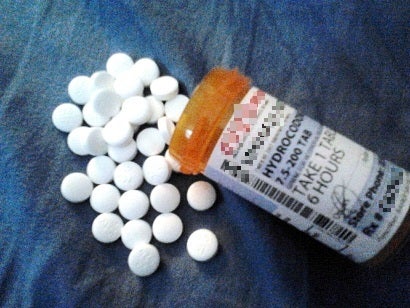 These recommendations are coming after months of controversy between doctors and drug companies, and in the wake of a major public health crisis. The CDC estimates that in 2014, almost 2 million Americans abused or were dependent on prescription opioids, and that the number of opioid prescriptions from 1999 to 2013 has quadrupled.

The CDC recommends that for chronic pain other than that associated with cancer or end-of-life care, physicians should first try other pain medications, like aspirin and ibuprofen, before resorting to opioids. And if they do need to prescribe them, they should do so for an average of three to seven days only.

The guidelines also call for patients to receive urine tests before they are prescribed the drugs and that doctors monitor their patients closely, for example, using a tracking system to ensure their patients aren’t receiving additional opioid prescriptions from other healthcare providers.

As The New York Times reports, the idea behind these guidelines represents a shift in thinking from the 1990s, when doctors and drug companies claimed opioids could be used for longer term pain relief for conditions like arthritis, without the fear that they might cause any addiction or dependence.

How these guidelines will be adopted still remains to be seen, however, as they are in the end only recommendations.