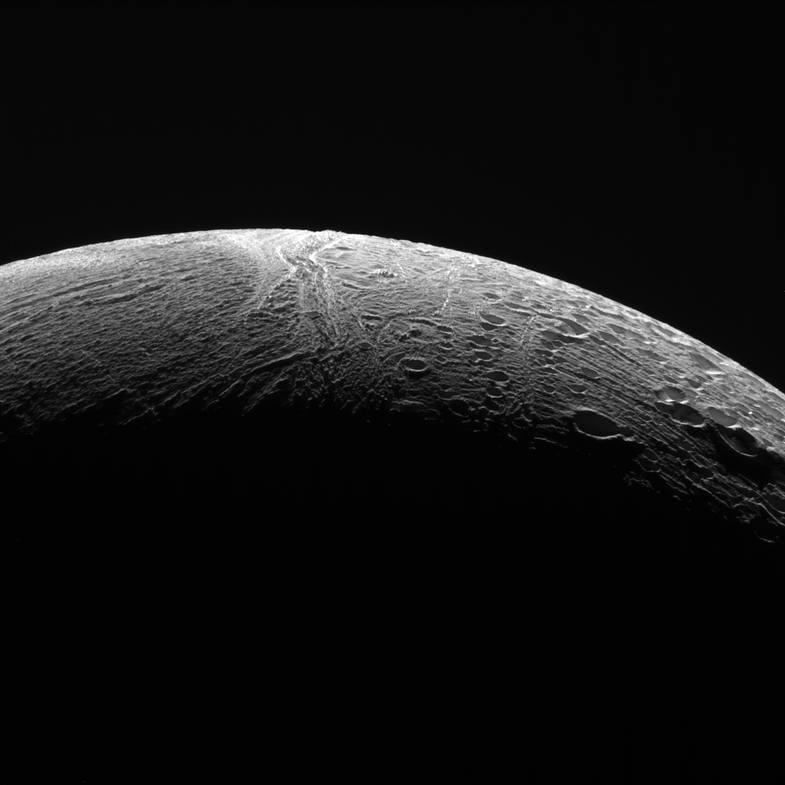 A view of Enceladus' northern regions shows a young and relatively smooth area on the left, and an older, more heavily cratered portion on the right. The view was taken at a distance of 21,000 miles. NASA/JPL-Caltech/Space Science Institute
SHARE

The Cassini spacecraft got one last good look at Enceladus on Saturday during its 22nd flyby of Saturn’s icy, ocean-laden (and potentially habitable) moon.

Passing at a distance of 3,106 miles, the Saturn-orbiting vehicle snapped these great photos and helped to add more detail of our maps of Enceladus.

Though Cassini will still be able to see Enceladus until its mission ends in 2017, the closest it will come from here on out is about 12,000 miles. Luckily, as some of the photos above show, you can still snap some pretty great photos from that distance.

“This final Enceladus flyby elicits feelings of both sadness and triumph,” said Earl Maize, Cassini project manager at JPL, in a press release.

Cassini was the first to spot geysers of water ice spurting from Enceladus’ south pole, and helped confirm that the small moon contains a huge ocean beneath its cryogenic crust. Enceladus is now considered one of the solar system’s top spots to search for alien life.