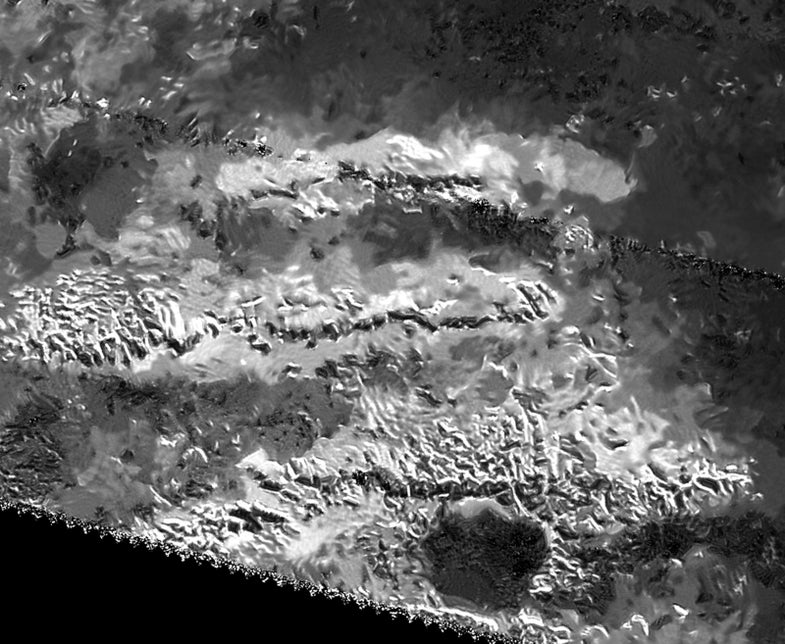 The peaks were measured by radar instruments on the Cassini spacecraft, which has been sending back data about the Saturn system since 2004.

Mountains usually form when pressures on a tectonically active planet push parts of the brittle crust upwards. Both Titan and the Earth have the same very basic structure, a hard crust ‘floating’ over a more fluid mantle. The difference is that on Earth, the crust is hard rock floating on a mantle of easily deformed, almost molten rock, and on Titan, the crust is believed to be made of ice overlying a saltwater ocean.

Researchers plan to use the data from Cassini to get more information about how Titan formed, and the current atmosphere. Cassini’s next flyby of Titan will be on April 4, when researchers will take a closer look at Titan’s atmosphere.