Nasty Pool-Dwelling Parasite Is On The Rise

More incidents of diarrhea, just in time for summer 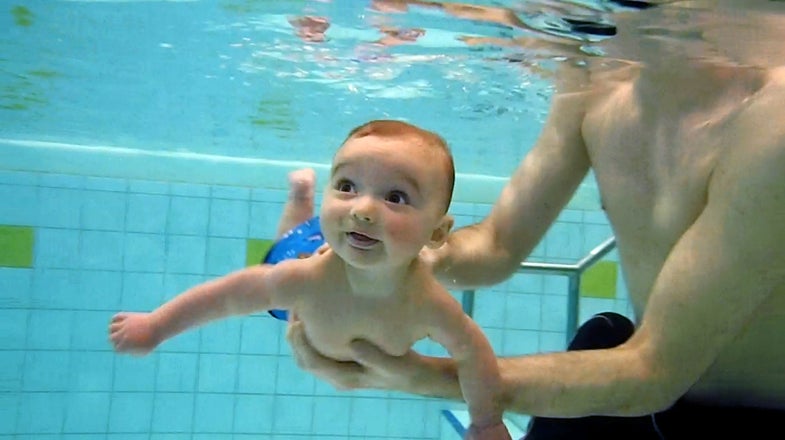 If you’re headed to the pool to beat the summer heat, just try not to swallow the water: the number of incidents of the parasite Cryptosporidium has increased in recent years, according to a report published this week from the Centers for Disease Control and Prevention (CDC).

Cryptosporidium, or Crypto for short, causes nasty diarrhea when it makes its way to a human host. It can live for more than 10 days even in water treated with chlorine. Between 2011 and 2012, there were 90 outbreaks and almost 1,800 cases in 32 states and Puerto Rico, according to the CDC report. Crypto was determined to be the cause of more than half of these, a dramatic increase since the parasite was first reported in recreational water use in 1988. Most of these cases were in treated water, like pools or spas, but some were in the ocean where people swim. In 2011 and 2012, 73 people were hospitalized, and one person died as a result of the outbreaks.

Researchers aren’t sure why the incidents seem to be increasing. One reason may be that more people are aware of pool-related illnesses, so they’re just reporting them more frequently. But Crypto may just be hardier than other bugs, because it can’t be killed or inactivated by typical pool treatments, so it also might be simply affecting more people.

To prevent Crypto outbreaks this year, the CDC recommends that people treat their pools with UV light or ozone to inactivate the parasite if their pool is at high risk based on CDC surveillance data. If you have diarrhea, avoid swimming so that you don’t infect others, and if you’ve been diagnosed with Crypto, stay out of the pool for two weeks after the symptoms abate. For everyone else, it’s probably a good idea to try not to drink the pool water, anyway.