Our favorite Lambos through the decades, from the Popular Science archive. 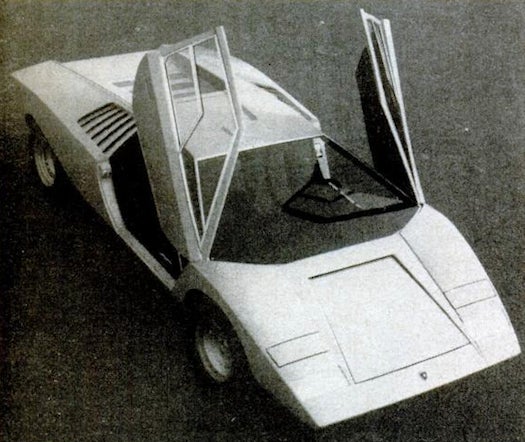 Fifty years ago this week, Italian mechanic and tractor maker Ferruccio Lamborghini founded a car company in Sant’Agata Bolognese, Italy. In the decades since, Lamborghinis have appeared often in the pages of Popular Science—we’ve geeked out over their innovative designs, eye-watering speeds, and safety innovations.

Above is the Lamborghini LP 500, from the June 1971 issue of Popular Science. We called the prototype “backward” because the engine was mounted ahead of the rear axle, facing back: “The design eats up a lot of space, but puts 53 percent of the weight on the rear wheels for exceptional balance and handling.” The tilt-up doors were the finishing touch on what was, at the time, the ultimate car of the future.

“If it’s super speed you want, go to Italy,” said Popular Science car editor Jan P. Norbye in May 1971. The Lamborghini Miura above had a top speed of 180 mph and was then the fastest road car available in the world. The secret to its speed? “Maximum rigidity and minimum weight in bodies and frames,” Norbye wrote. The Miura’s engine, clutch, and transaxle together weighed only 700 pounds.

From 1968, this two-door, 325-horsepower Lamborghini Espada had a nearly flat roof that blended into a horizontal rear “window.” So the driver could actually see out the back of the car, Lamborghini added a strip of glass protected by a grille in the squared-off tail. With a top speed of 165 mph, this four-seater car had “plenty of zip,” we wrote in December 1968.

To celebrate its golden anniversary this week, Lamborghini is sending hundreds of its cars (including its very first model, the 1963 350 GT) on a 750 tour from Milan to Sant’Agata. Let us know if you need drivers!