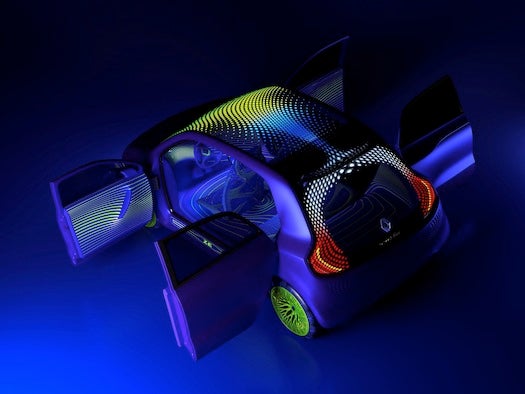 French carmaker Renault and Welsh industrial designer Ross Lovegrove teamed up to create this LED-covered, lightning-bug-looking electric city car, called the Twin’Z. They unveiled the concept this week in Milan.

Lovegrove envisions the Twin’Z as an “endearing, almost living object,” and, indeed, the car has a sort of organic, squishy look to it. The neon green wheels (see close-up image in the gallery) resemble growing tree branches. Renault says it used 3-D printing to create the design.

Inside the car, animated light patterns are supposed to “expand the occupant’s experience”–uh, lay off the hallucinogens, Renault–but seem like they would be hypnotically distracting. There’s no dashboard, just a tentacle-like steering column and a single touchscreen display mounted on a post to the right of the driver’s seat.

The all-electric Twin’Z has a range of 100 miles and top speed of just over 80 mph.

See the gallery for a closer look at this trippy car. 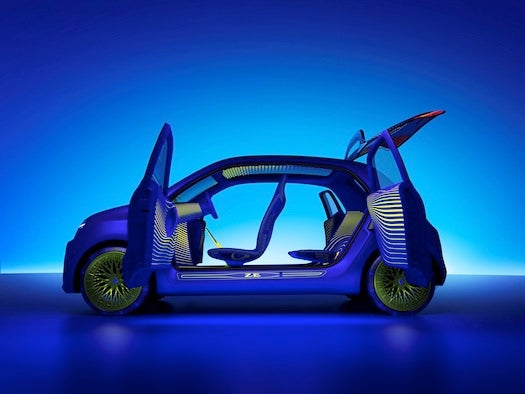 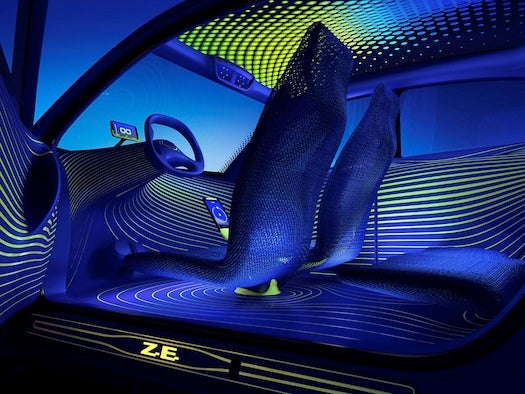 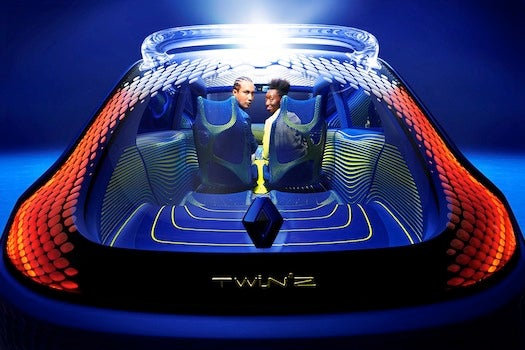 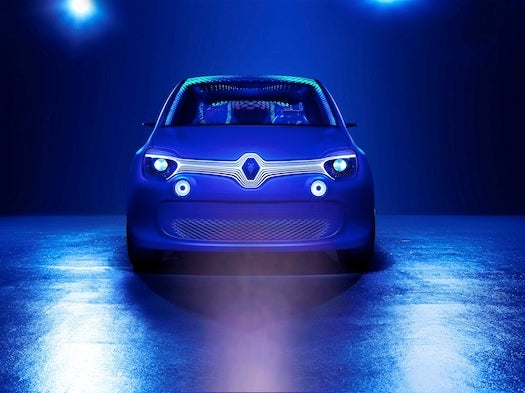 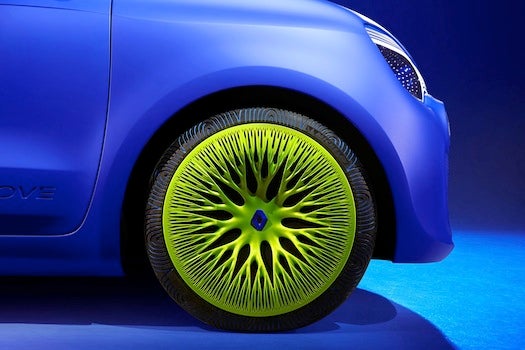 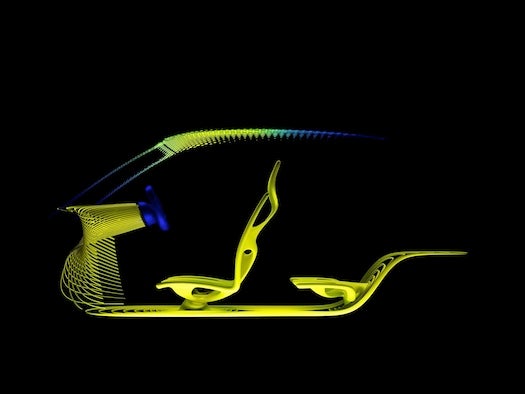 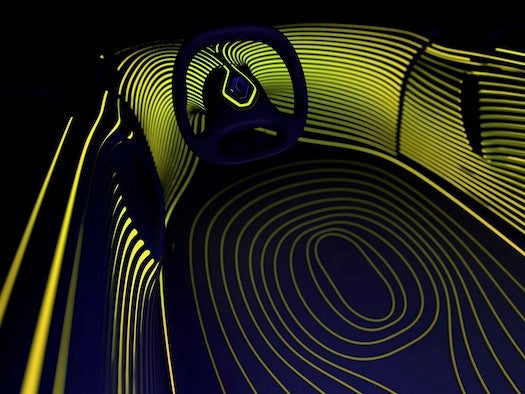 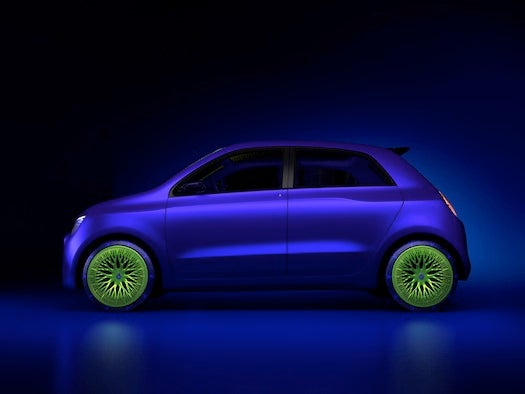 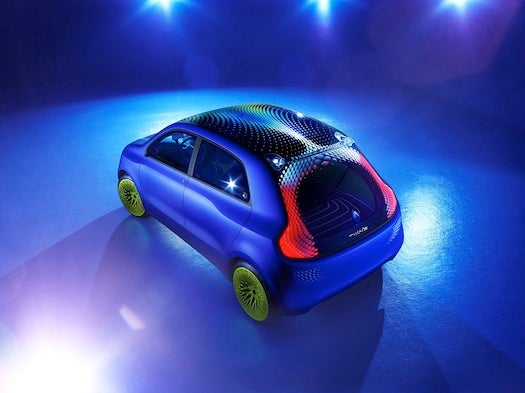 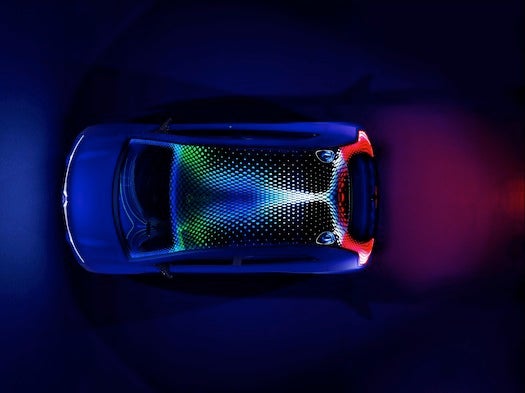 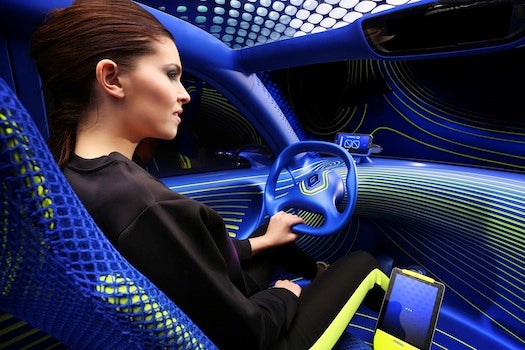 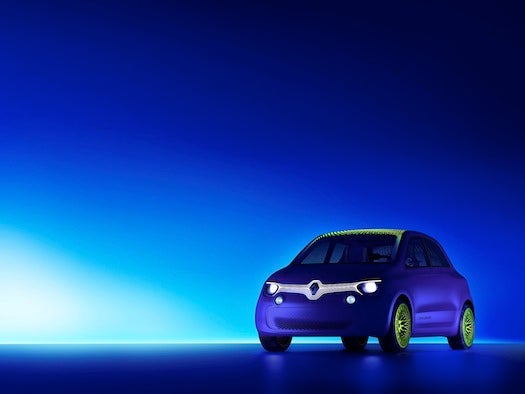 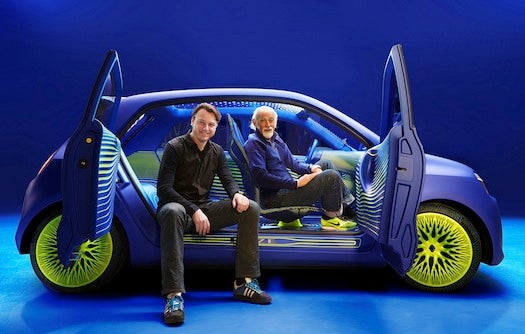 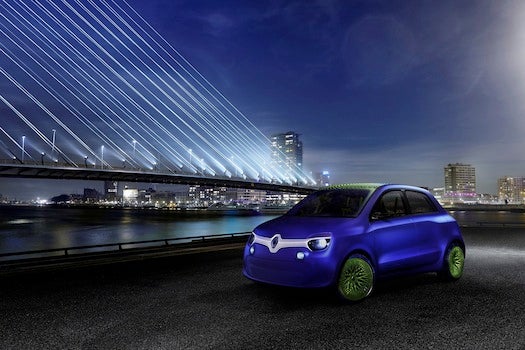