Steer by wire could eliminate the steering wheel entirely. 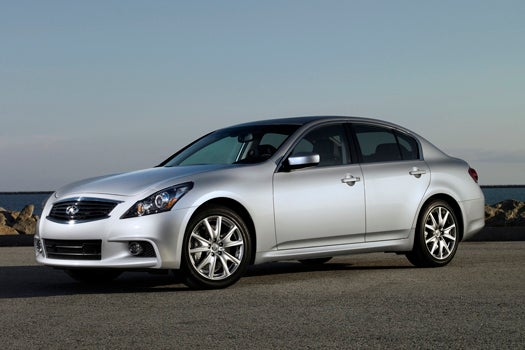 When the Infiniti G Sedan was originally introduced it broke new ground in the premium sports sedan segment with one simple yet radical change - adding stunning visual appeal to a segment known more for what resided below the skin than the skin itself. That the Infiniti G matched its aggressive exterior design with equally aggressive and groundbreaking performance and handling was more than just a bonus. Infiniti
SHARE 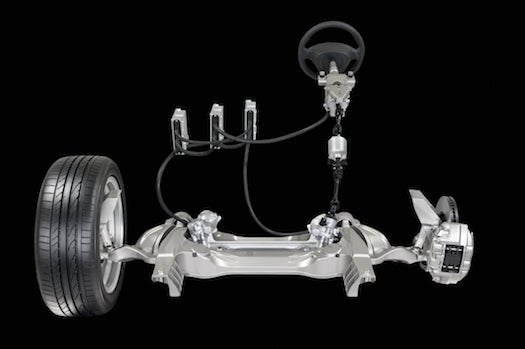 For decades, aircraft engineers have used electronic fly-by-wire systems rather than mechanical connectors and hydraulics to link the pilot’s joystick to the wings. This year, Infiniti becomes the first carmaker to deploy the automotive equivalent—steer-by-wire.

Infiniti’s system, expected to debut on the 2014 G sedan, uses an electronic actuator to measure the movement of the steering wheel. Electronic control modules then relay instructions to another set of actuators, which pivot the steering rack (and, thus, turn the wheels). The computer-controlled system can instantly vary steering ratio and power-steering assist for low-speed maneuvers or high-speed stability. And with no mechanical connection, the system can filter out steering-wheel-tugging “noise” such as rough-road vibration and impacts.

Steer-by-wire also improves Infiniti’s current lane-departure system. Today, when the windshield-mounted camera senses that the car is drifting off course, a computer applies the front brakes to crudely adjust the car’s attitude. With steer-by-wire, a processor connected to the camera will instruct the system to keep the car centered.

Steer-by-wire could eliminate the steering wheel entirely: A joystick or voice commands would work just fine. Carmakers have been slow to adopt steer-by-wire because eliminating a car’s mechanical steering components strikes some regulators and drivers as dangerous. To ensure that the system is safe, Infiniti installed three control modules—two backups in case the primary controller fails. But at least for this generation, the carmaker decided to keep the conventional steering column in place too; if a catastrophic power loss knocks out steer-by-wire and all of its redundant systems, a clutch engages to restore mechanical control to the driver.

But if all goes well and drivers and regulators become comfortable with steer-by-wire, engineers could remove the mechanical steering column entirely, saving weight and preventing friction losses. Eventually, steer-by-wire could even eliminate the steering wheel entirely: A joystick or voice commands would work just fine.