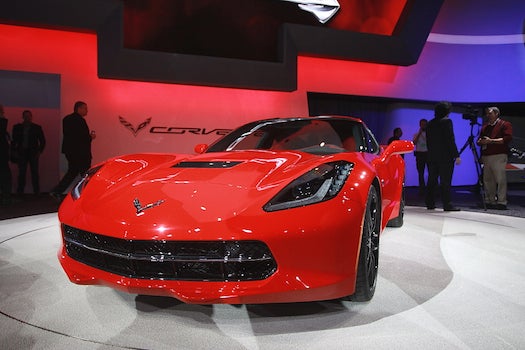 If you didn’t know better, you might think there were only one car at the Detroit Auto Show this year, because the spanking-new Chevrolet Corvette is the only car anyone’s talking about here. Almost 60 years to the day after the very first Corvette debuted, General Motors has dusted off the Stingray name and attached it to the sexiest Corvette we’ve seen in far too long. 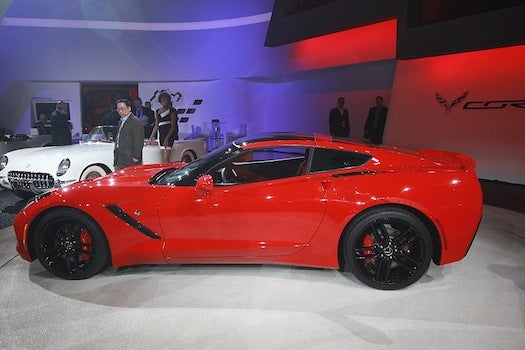 Advanced materials, including an aluminum frame, liberal use of carbon fiber, and magnesium seat frames lighten the car significantly and helped Chevrolet achieve not only an optimal 50/50 weight balance but a sub-four second 0-60 time from its 6.2L V8. A seven-speed manual transmission anticipates gear selections and matches engine speed for a better shifting experience. And even with an estimated 450 horsepower and 450lb.-ft of torque, this seventh-generation Corvette is expected to be the most fuel efficient, exceeding the EPA-rated 26mpg of its predecessor. 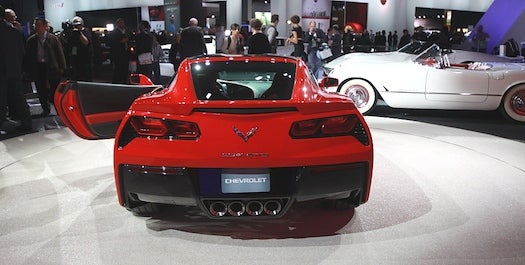 Personally, I’m more of an EV geek, but let’s face it, hot is hot–and the new Corvette is exactly that. Driving is believing though… ‘ya hear me, Chevy?