The applicant had to drive flawlessly on highways, through neighborhoods, and on the Strip, while Department of Motor Vehicles officials... 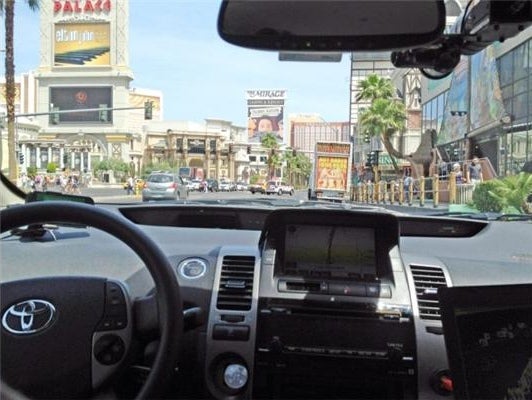 The applicant had to drive flawlessly on highways, through neighborhoods, and on the Strip, while Department of Motor Vehicles officials rode along sternly monitoring its skill. When it passed the test, it became the first autonomous vehicle officially licensed to drive on the nation’s roads with no human intervention.

Google’s driverless cars, which it surprised the world with in 2010, use radar, lidar, and video sensors to view the world, coupled with the aggregated knowledge of human drivers. We saw the latest video demonstration in March, when blind driver Steve Mahan took one for a spin.

This is just the beginning. Cars that can drive themselves have the potential to radically change our physical and cultural landscape. If you’re in Vegas today and you see a car go by with no driver, though, stand back.