The Best of the 2012 Detroit Auto Show

One of the most inspiring shows we've been to 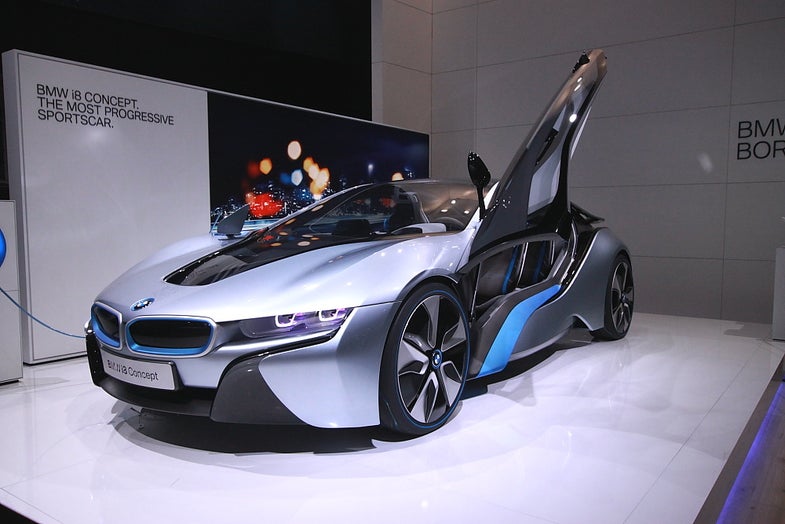 The larger of BMW's two plug-in concepts, the i8 pairs a front-mounted electric motor, enough lithium-ion batteries for 20 miles of all-electric driving range, and a rear-mounted three-cylinder gas engine. As unabashedly concepty as it looks here, some version of the i8 is expected to reach the market late next year. Seth Fletcher
SHARE

The cloud of doom that hovered over the last several North American International Auto Shows is finally gone. Detroit’s Cobo Hall was a busy place this week, as the world’s automakers unveiled an inspired crop of attractive sedans (many of them hybrids, and some with a plug), sports cars, and concepts. Here’s a look at the highlights. 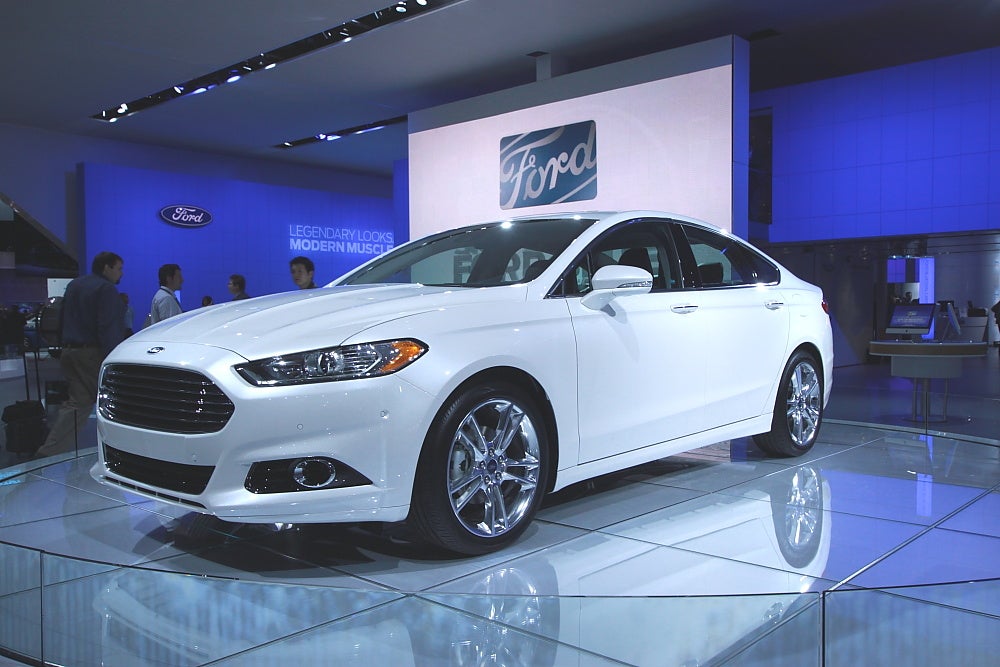 The 2013 Ford Fusion was without a doubt one of the stars of this year’s Detroit show. What does it say about the auto industry that a vehicle as humdrum as a Ford Fusion was the star of the most important North American car show? We’re still chewing on that. But here’s what impresses us about the Fusion: First, it is an attractive, completely attainable Ford product designed to compete with entry-level luxury sedans that are $10,000 more expensive. Second, it will be available with a variety of powertrains, including a hybrid and plug-in hybrid option. By quietly electrifying mainstream vehicles like the Fusion÷offering a plug-in option just as it would, say, a more expensive gas engine÷Ford will keep the cost of alternative powertrains down and help mainstream clean-car technologies that were, just a few years ago, unthinkably exotic. 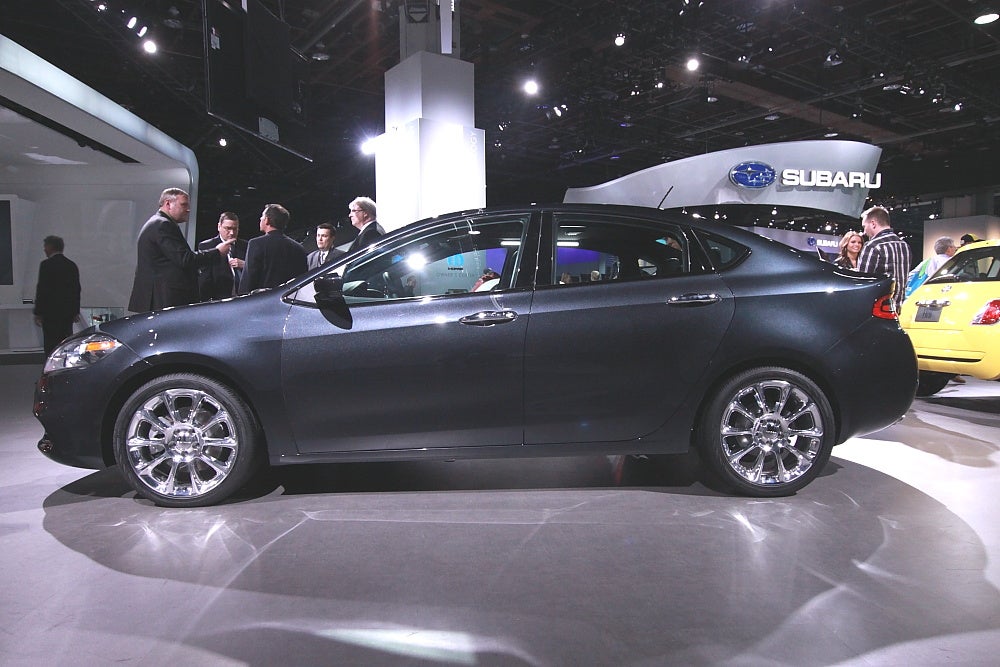 This is not a joke: the 2013 Dodge Dart was one of the best-received cars of the show. It’s the kind of attractive, affordable small car that could help repair the Chrysler’s reputation. Unless it turns out to be the new Neon. 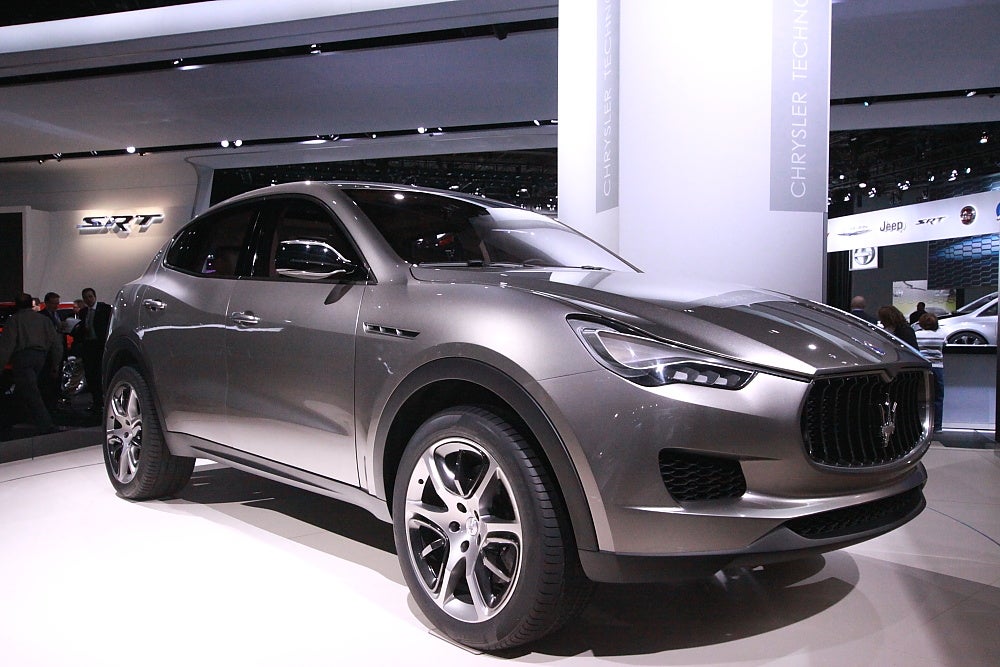 The 2014 Maserai Kubang is the embodiment of all that is weird about the post-crisis auto industry. Maserati’s answer to the Porsche Cayenne, this sport SUV will be built in Detroit, by Chrysler, using the the same architecture as the Jeep Grand Cherokee and the Mercedes M class÷and it’ll have a Ferrari-sourced engine. 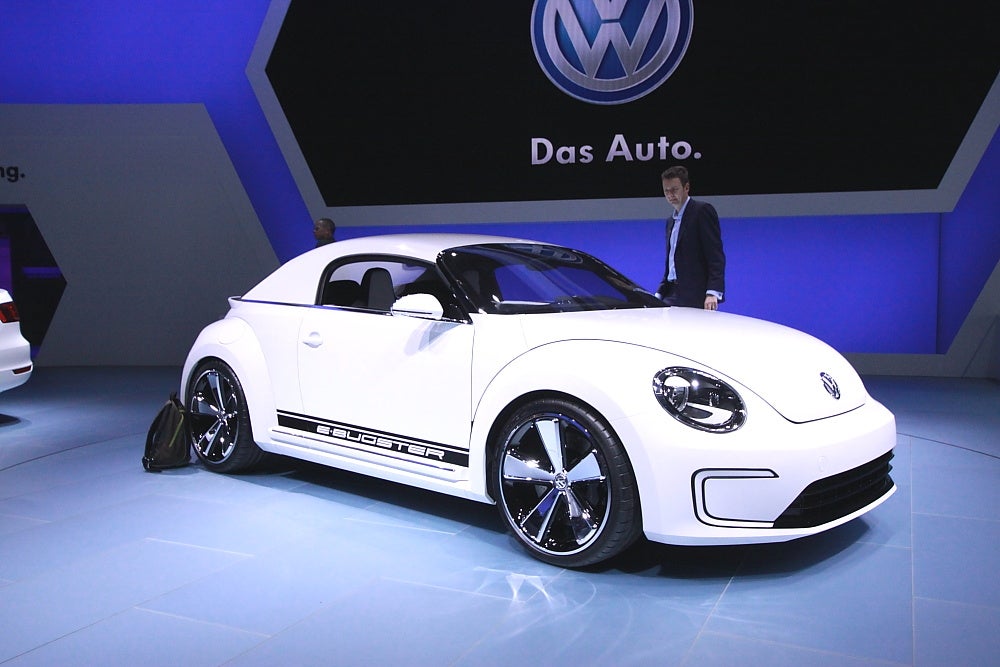 There’s no reason to believe VW will actually build this all-electric two-seat convertible Beetle, but it is fun to look at. The concept car runs on a 114-horsepower electric motor, powered by a lithium-ion battery good for 100 miles of driving range. 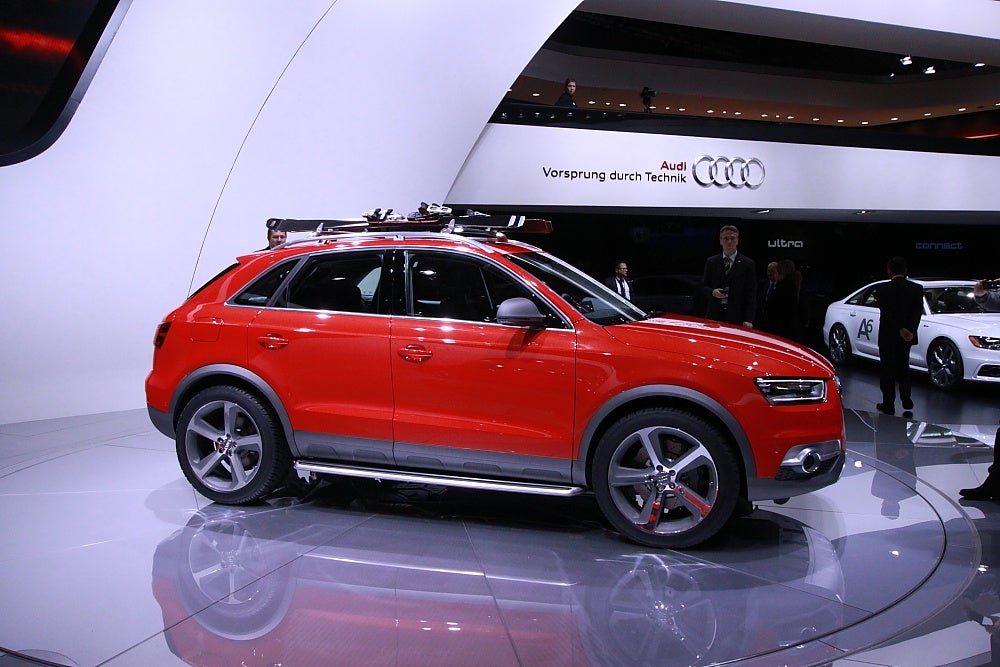 Audi unveiled this concept winter-sport-equipped mini-SUV with a video suggesting that it is the perfect vehicle for hardcore ice-climbers. In reality, the production Q3 crossover–set to arrive in the US next year, and set to run on a 340-hp 2.5-liter five-cylinder engine–will be the perfect vehicle for Westchester County parents. 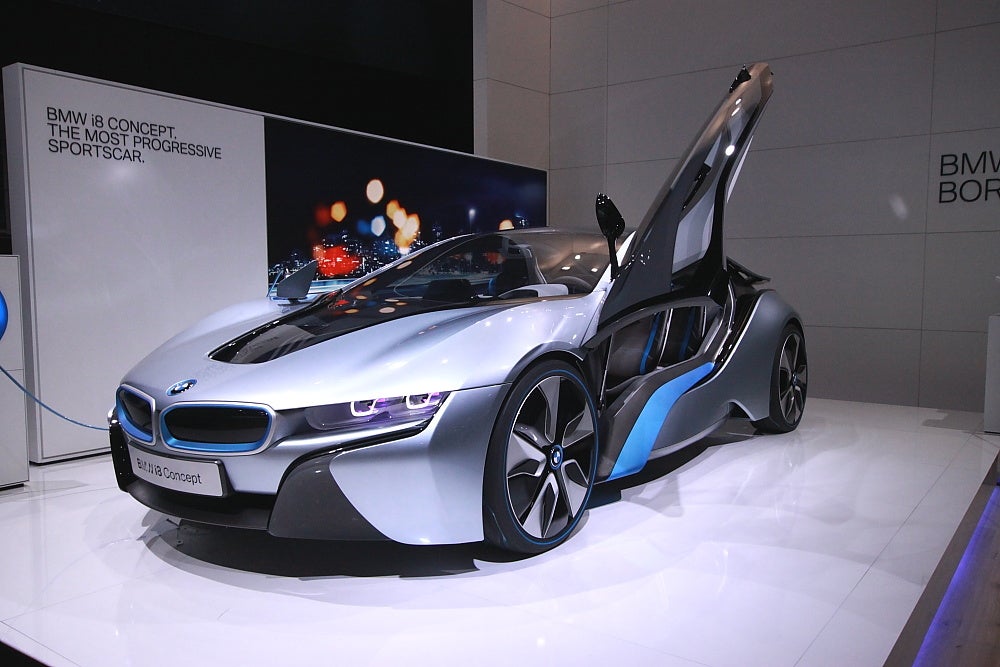 The larger of BMW’s two plug-in concepts, the i8 pairs a front-mounted electric motor, enough lithium-ion batteries for 20 miles of all-electric driving range, and a rear-mounted three-cylinder gas engine. As unabashedly concepty as it looks here, some version of the i8 is expected to reach the market late next year. 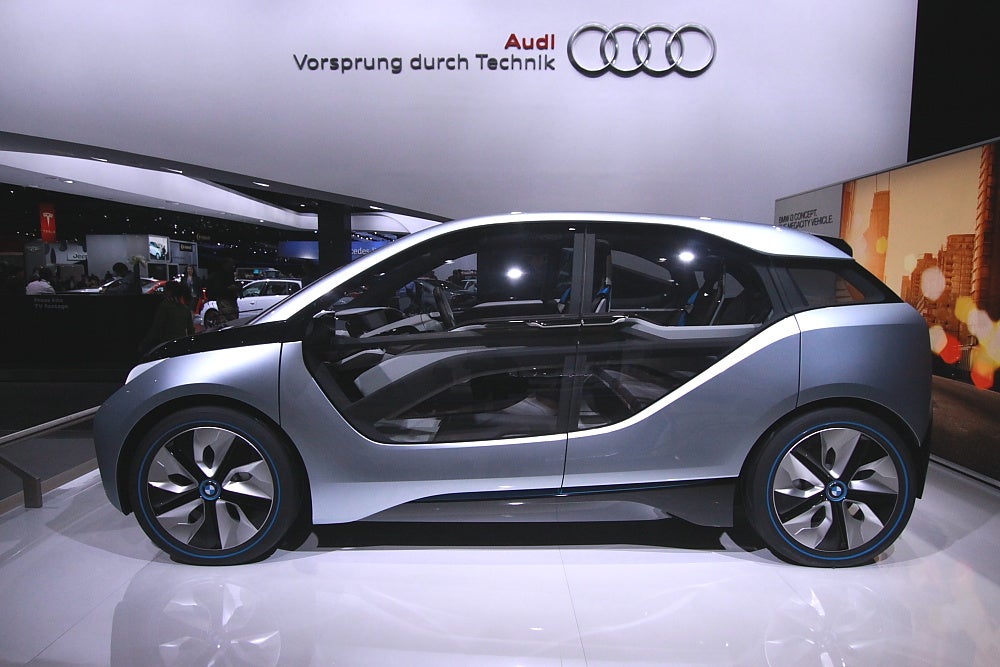 BMW’s all-electric city car, the i3, should also become reality next year. A high proportion of strong-but-lightweight carbon-fiber-reinforced-plastic makes the i3 almost 20 percent lighter than the Nissan Leaf. It will run on a rear-mounted electric motor and a lithium-ion battery pack, good for roughly 100 miles of driving range. 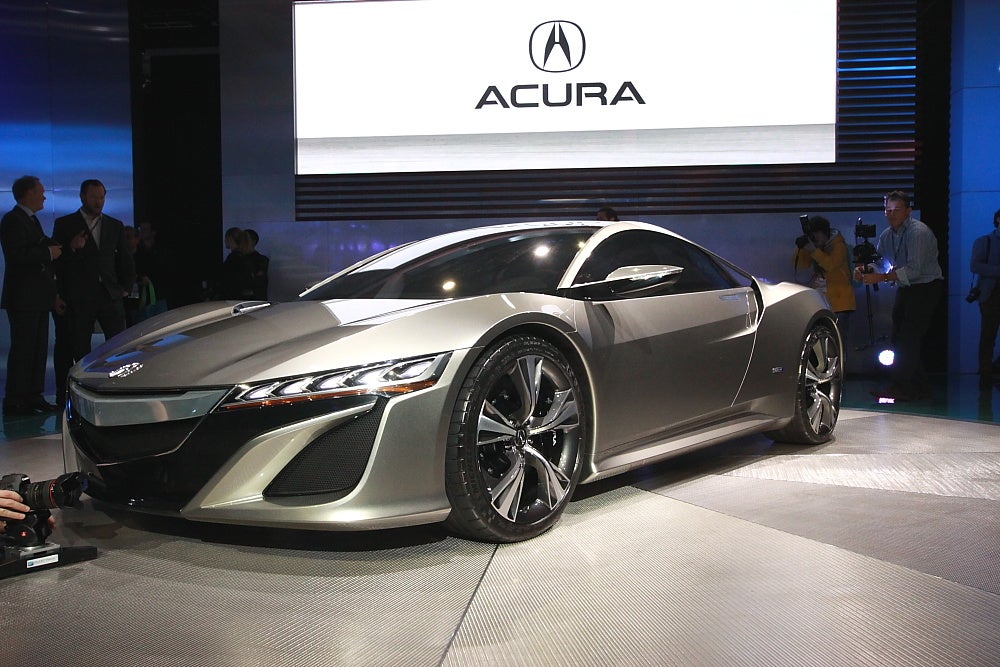 Acura’s hybrid concept car, powered by a mid-engine V6 and three electric motors, was one of the show’s knockouts. Acura says it intends to build a production car based on this concept within three years, and we hope they do. 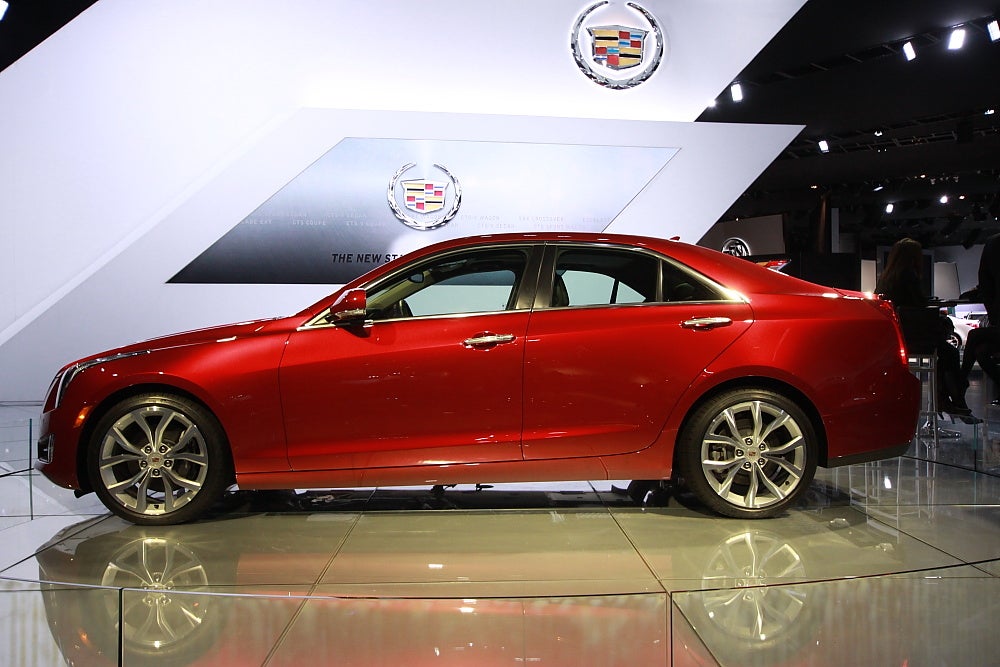 With the first compact Cadillac in decades, GM takes aim at the small German luxury sedan. The ATS seems designed to be maximally fun to drive. The rear-wheel-drive sedan is lighter than a BMW 335i, and is available with three different engines–a 200 hp 2.5 four-cylinder; a 270 hp turbocharged 2.0 liter four-cylinder, and a 318 hp 3.5 liter V6. 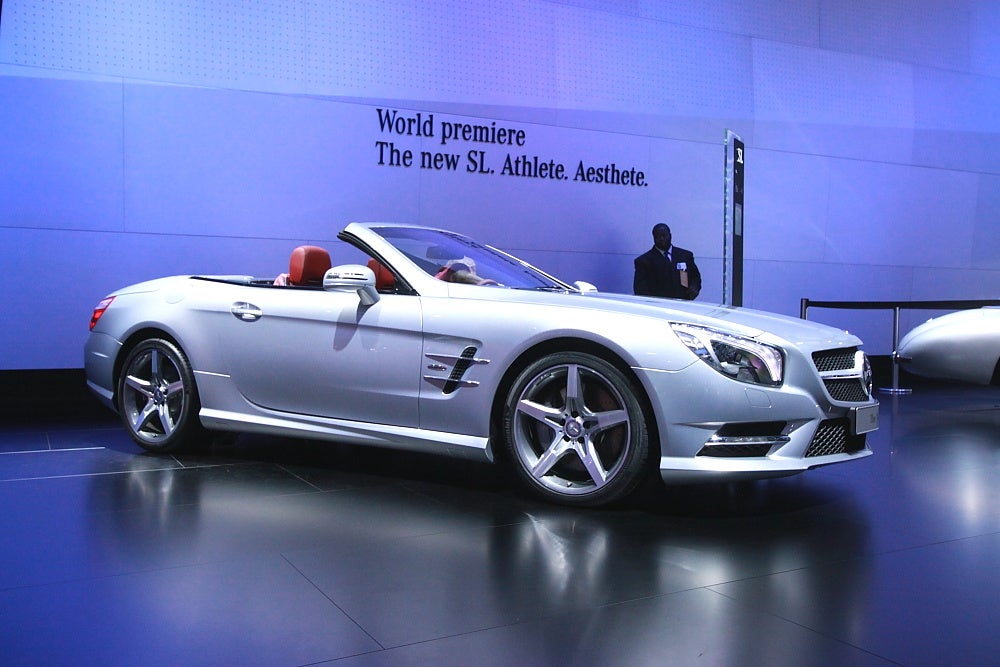 For the 2013 model year, Mercedes redesigned the SL roadster, trimming 275 pounds from the car’s total weight with an aluminum body and frame. 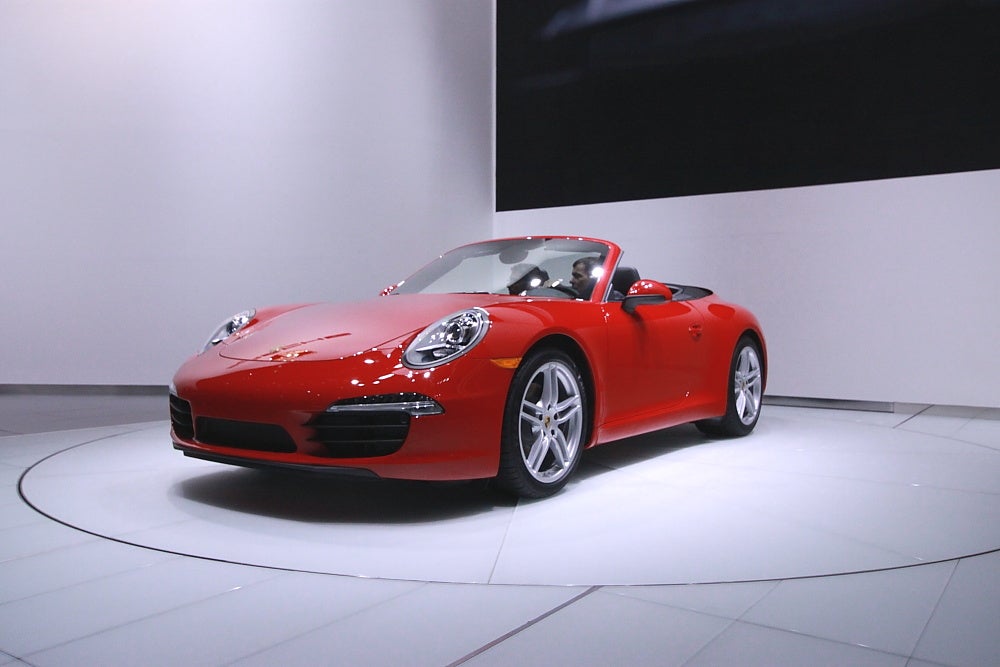 The show’s other big convertible German sports car: the redesigned 911 Cabriolet, which, like the Mercedes SL, reaches dealers this spring. 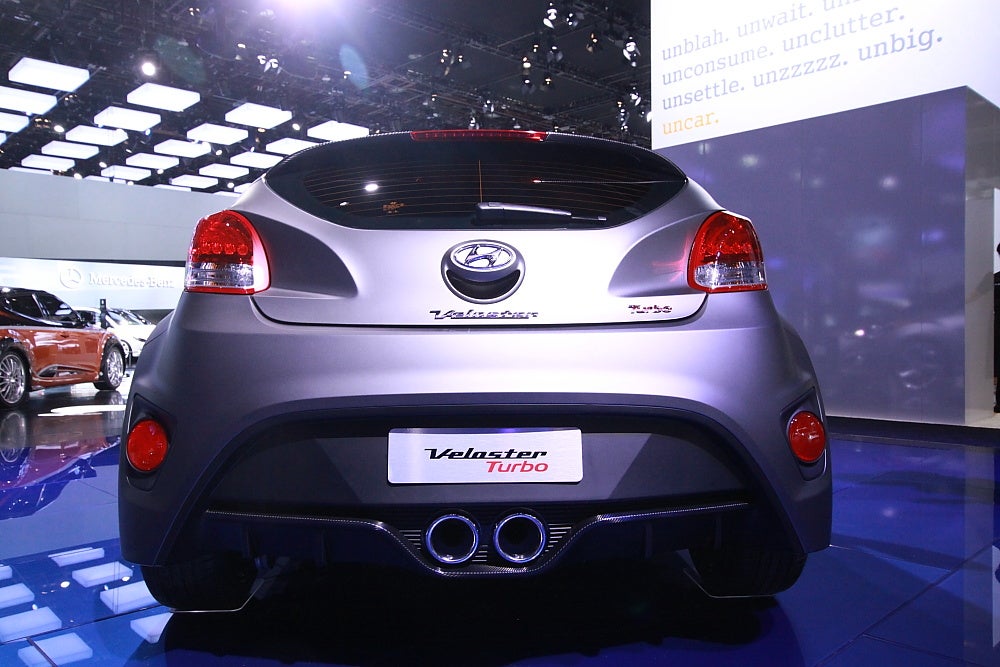 Hyundai spent the first several minutes of its Detroit press conference promoting its green credentials and talking up its hybrid offerings. Then it pulled a 180 and revealed souped-up sport versions of both the Genesis coupe and the Veloster hatchback, shown here. To be fair, it sounds as if the Veloster needed the power: The turbocharged, direct-injected 1.6-liter four-cylinder in the Veloster turbo makes 201 hp, up from a meager 138 hp in the standard-issue Veloster that’s on the market now. 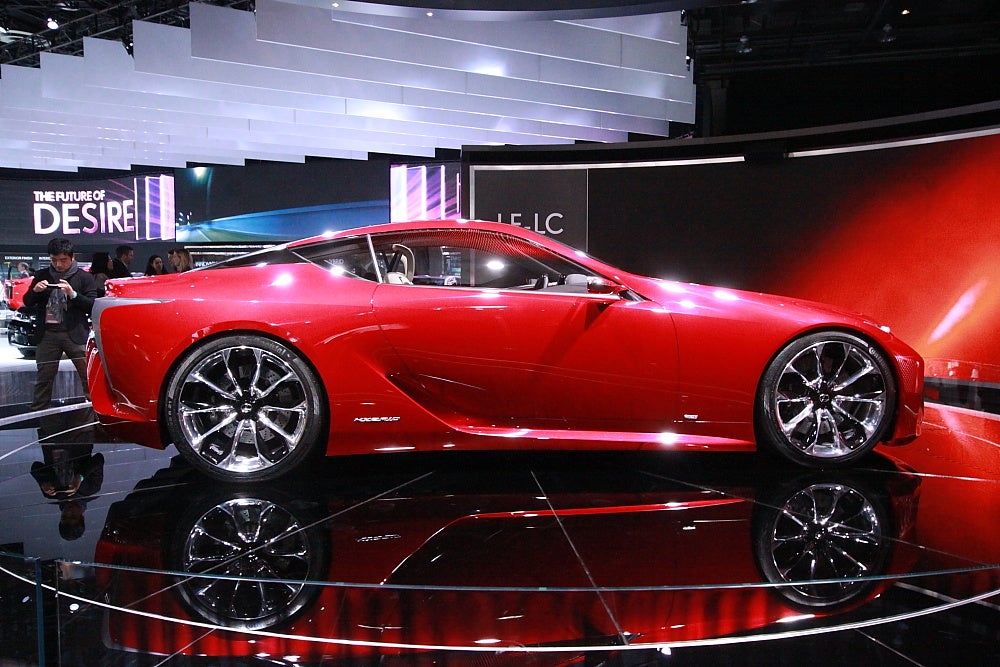 In theory, the Lexus LF-LC concept car is a rear-wheel-drive hybrid. In reality, it’s a design exercise–a gorgeous one–meant to provide a glimpse of the direction Lexus design will take in the years ahead. 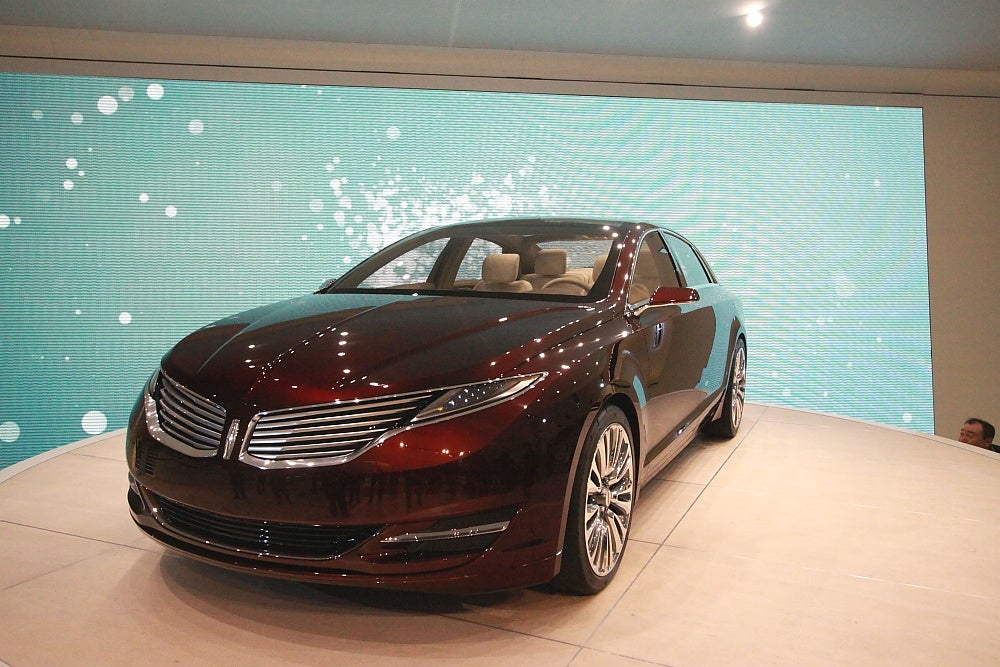 Lincoln says its MKZ concept, meant to give Ford’s luxury brand a glinting shot in the arm, “strongly hints” at the look of the production MKZ, which goes on sale later this year.
auto shows
Cars
detroit
detroit auto show
feature