At Tokyo Motor Show, the Public Will Be Allowed to Test-Ride In Robot-Driven Prius

Without a doubt, the best part of an auto show is the test drive — you can sink into the... 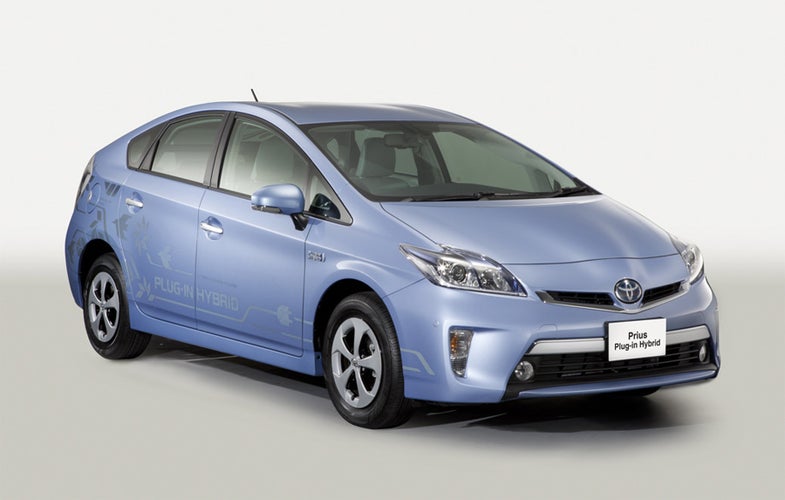 Without a doubt, the best part of an auto show is the test drive — you can sink into the cushiony driver’s seat, behold the beautiful control panel, feel the steering wheel slip comfortably between your fingers. At this year’s Tokyo Motor Show, that won’t happen. Test drivers will sit in the back seat of an autonomous Prius, letting the car drive them around by itself. It’ll probably be worth the back seat view.

Next week’s auto show will boast plenty of futurey features, but none tickles our fancy as much as the idea of a driverless Prius, not owned by Google, taking showgoers for a spin. Toyota calls the car the AVOS, for Automatic Vehicle Operation System, and will let show attendees hop in the back seat as part of an exhibit on cooperative vehicle systems.

Plenty of automakers are working on smarter car technology, ranging from driver-assist capabilities to vehicle interlink systems to true autonomy. It will still be a few years before these cars hit the road, but probably not very long, if their presence during auto show season is any indication.

The AVOS is a self-driving version of a Prius that can come to its driver when summoned, avoid obstacles in its path, and safely park itself, according to Toyota. The carmaker will also demo other vehicle-cooperative systems and safety features.

Other features include something called a Smart Mobility Park, which will serve as a charging station for plug-in hybrid vehicles and electric vehicles, and a H2V (Home to Vehicle) management system that controls charging times for an EV. Toyota will debut its FT-EV III electric vehicle and FCV-R hydrogen fuel cell car, and host the Japanese premiere of its plug-in Prius.

The Tokyo Motor Show opens to the public Dec. 3.