Realizing Bondesque Visions, BMW is Mounting Lasers in Its Headlights

Putting the beam in Beamer 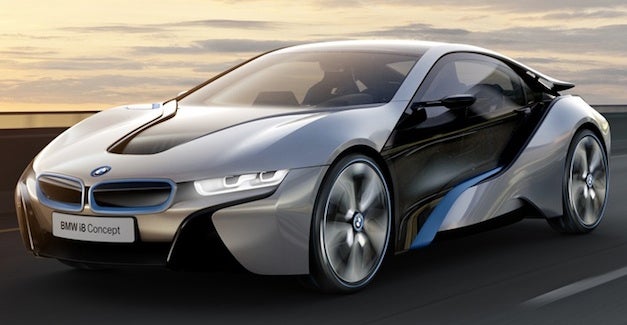 Calling laser headlights “the next logical step” after the LED headlamp, BMW has announced that it will be rolling out laser-based illumination on its next-gen BMW i8 concept and will further develop laser headlight technology for extension across its various models. Why? It saves fuel. And presumably because laser headlights is something we’ve all secretly wanted on our European sports cars since MI6 tricked out 007’s first ride.

But before you let visions of Bond-dom take over your daydreams, know that these won’t be the kind of laser beams that blind or even dazzle (suffice it to say that you wouldn’t try to saw your arch-nemesis in half with these beams). The blue light from the laser-emitting diodes BMW is developing will be run through a fluorescent phosphor material inside the headlight unit that will convert it into a diffused white light that is bright and luminous but “pleasant to the eye.”

The advantage comes from the fact that laser diodes emit 170 lumens per watt whereas LED’s only produce 100 lumens per watt. That boost in energy efficiency translates into a more efficient car, BMW says. Further, you need less overall footprint to produce the same amount of light, so while BMW designers don’t intend to shrink the surface area of the headlamp (though theoretically they could), they will be able to reduce its overall under-the-hood size, allowing them to play with new possibilities for headlight positioning and body styling.

Plus, the company gets to deploy the advertising copy “now with laser headlights.” Selling point.