Leave it to a human to crash an autonomous car 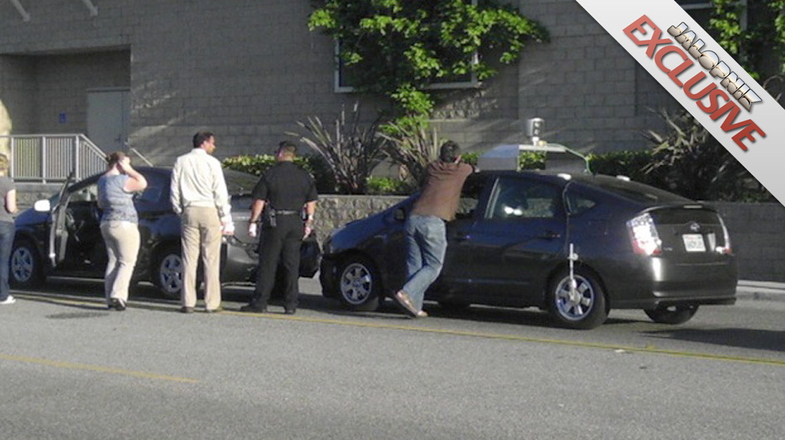 The car blog Jalopnik received this photo of a Google driverless car prototype, identifiable by the roof equipment, that was apparently involved in a crash. Google says a human was driving it. Jalopnik
SHARE

Google’s self-driving cars have apparently had their first fender-bender — and it was a person’s fault, the company says.

The car blog Jalopnik posted the above photo of one of Google’s self-driving cars, which they identified by the rack on the roof that resembles a smaller version of the Street View setup. It appears to have rear-ended another Prius, to the obvious dismay of the people gathered around it.

But shortly thereafter, Google gave this statement to Business Insider: “Safety is our top priority. One of our goals is to prevent fender-benders like this one, which occurred while a person was manually driving the car.”

So it wasn’t the car’s fault, apparently. Good news for those following the forthcoming wave of autonomous car technology.

Google has been driving around a fleet of self-driving cars for several months now, and recently lobbied the state of Nevada to pass a bill requiring new regulations for the unmanned vehicles. While safety is clearly one of the biggest concerns, cases like this also raise questions about fault. Autonomous cars are supposed to improve safety by preventing human error, but what happens when someone — a manual operator or a programmer — makes a mistake? How do you cite a car with no driver?

In this crash, at least, the apparent involvement of a live human person clears up any issues surrounding liability and fault — the driver can accept that, leaving the autonomous Prius blameless. Those questions will have to be answered before driverless cars take over our roadways.

But this incident is yet another example — as if we need one — of the human capacity for error. Hopefully when cars do take over, they’ll be able to prevent these types of incidents on their own.