According to China Daily, back in July, a Chinese driverless car traveled about 175 miles, at around 55 mph, on... 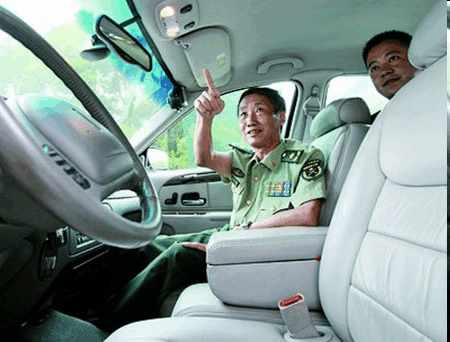 According to China Daily, back in July, a Chinese driverless car traveled about 175 miles, at around 55 mph, on an expressway laden with other cars. Even more impressive, the car needed no GPS assistance, instead relying on only video cameras and radar sensors to see the road and the other drivers.

The car, a Hongqi HQ3 developed by the National University of Defense Technology, was controlled by a proprietary artificial intelligence system in the car’s trunk. It seems like the demo went swimmingly: the car managed to travel the long distance between provincial capitals Changsha and Wuhan, passing cars and changing lanes, with hardly a hiccup.

Of course, as the car relies primarily on visual clues, the demo was conducted during daytime–a lack of light, as well as weather complications like fog, can throw the car’s senses off. (Maybe it could use one of these optical sensors?)

China is a bit behind the U.S. when it comes to these driverless cars–some states are already on their way to passing driverless legislation, and Google’s driverless cars have already driven a whopping 140,000 hours. On the other hand, only in the U.S. has a driverless car somehow crashed due to human error, so China’s one up on us there.

The team behind the car plans to work with China’s First Auto Works to produce a commercial version sometime in the future.