In Which We Admire the Consistency of Our Electric Motor

Our tiny EV may not be the strongest car on the road, but it may well be one of the most consistent 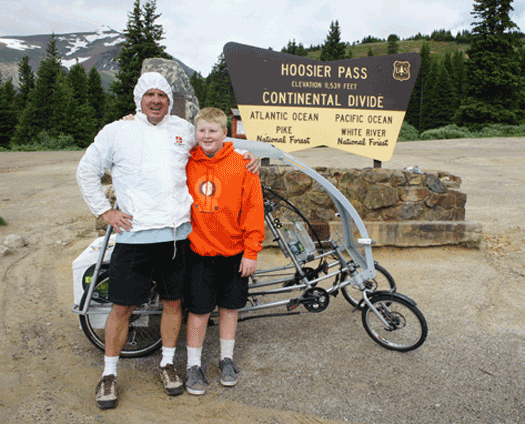 Before starting our summer-long crossing of the United States, I often described it as a coast-to-coast journey. After a couple of weeks on the road at an average of 15 mph, the nomenclature shifted to “cross-country journey,” as the process wasn’t so much about the oceans at either end as the thousands of miles in between.

Lately, I’ve started thinking of the route a long-distance roller coaster because, with the exception of western Kansas and eastern Colorado, most of our trip has involved either climbing or coasting. Some states gave us hills; others presented mountains. On the western end of the route, our days often involve a long, slow climb to a mountain pass, followed by a high-adrenaline coast down the far side, transitioning to a more mellow downhill run along a fast-moving river.

By gearing down our vehicle, we could crawl up some pretty steep roads at speeds of less than 10 mph. While laboring uphill with about one hp of power at our disposal, we’d often envy the cars and trucks that passed us with seeming ease, their 200-plus hp internal combustion engines making the climb seem effortless. But as altitudes increased, we could sometimes hear how the passing vehicles seemed to be laboring harder to pull the grade. This wasn’t our imagination; at 11,000 feet, near the top of our highest climb in Colorado, a gas or diesel-powered vehicle produces about a third less power than at sea level. We felt the physical effects of the thinner air as we attacked the pedals, but our electric motor churned out the exact same wattage as every other day.

Cold, hot, wet, dry and at any altitude, electric motors run with admirable consistency – and they also generate maximum torque through their operating range. Even our little vehicle surges ahead powerfully when full power is applied, At the other end of the spectrum, the record holder with the National Electric Drag Racing Association posted a quarter mile time of 7.2 seconds with a top speed of 185 mph. Currently, the only reason that electric vehicles aren’t common sights on our roads and freeways is battery capacity and cost. As new technologies continue to increase battery density while also lowering costs, there may come a day in the not to distant future when an electric vehicle passes you on an uphill grade. And you might not want to challenge it at a stoplight.