Day two of our tour started with a picturesque ride on back roads through Virginia’s Piedmont country, with rolling hills... 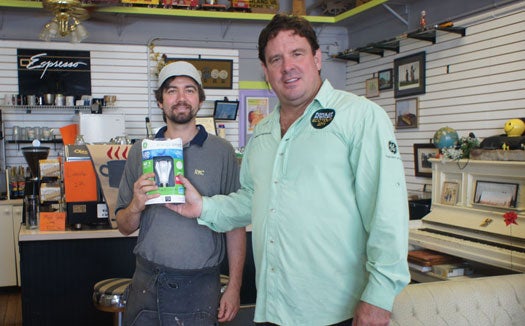 Day two of our tour started with a picturesque ride on back roads through Virginia’s Piedmont country, with rolling hills and horse farms. Mid-morning found us in the small town of Ashland, where we stopped into the Station Café for a cool drink. The day was already into the 90s, but the front door to the Café was standing open. Inside, ceiling fans kept air moving, and the atmosphere was quite pleasant. It was a marked contrast from some earlier stops, where we were met at a restaurant door by a blast of arctic-cold air.

A conversation with the owners of the Café revealed that their air conditioning-free policy was part of a significant energy conservation effort that included switching to energy-efficient lighting and appliances. Granted, the Café was better suited than many businesses to survive summer weather sans AC, thanks in part to the design of their historic brick building. In a time before cheap, abundant energy – and the ensuing excesses it has in some cases allowed – the building’s designers relied on high ceilings and strategic window design to create natural convection, and had – through chance or intention – created an equalizing heat sink with the thick outer brick walls. It would be unrealistic to suggest that we all give up our air conditioners, and being a Floridian, there are certainly times when I wouldn’t want to be without chilled air. But as we move towards a saner, leaner energy policy, perhaps we should look at some of the simple solutions from years past, and re-introduce them into our future designs.