In Which Rural Kentucky Gearheads Weigh In on Our Vehicle

In the heart of coal country, our little ultra-efficient car turned heads 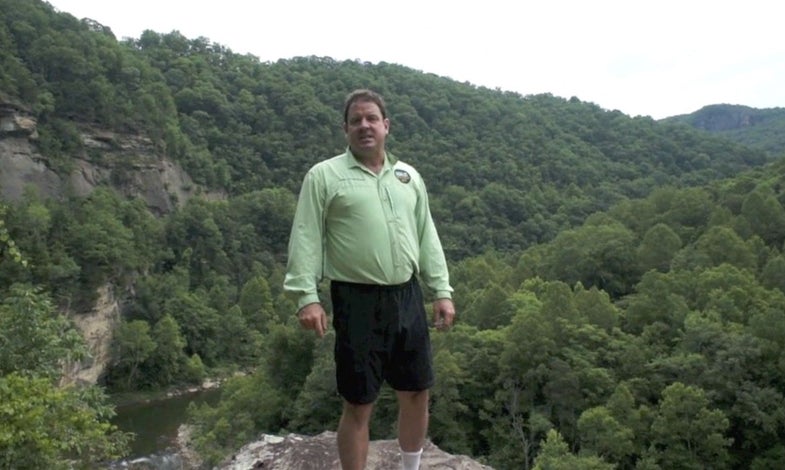 After climbing the highlands of western Virginia, the Ecotour took us

into the even more demanding topography of eastern Kentucky. While not as high as the Virginia peaks, Kentucky’s hills and hollows offer some of the steepest grades of the entire trans-continental route.

Traveling in a low-powered vehicle such as ours became a series of snail-paced climbs followed by careening descents. Adding to our challenge, we shared these narrow, twisting byways with a steady convoy of heavily loaded coal trucks. We could usually hear each truck laboring or downshifting long before it came into view around a blind curve, and it was obvious that these drivers also depended on a combination of rationed power, judicious brakes and skilled operation to hold it together.

After a particularly harrowing day of sharing the roads with commercial traffic, we ended the day in the town of Pikeville, which is in the heart of coal country. We checked into a hotel and showered off the road dust, then took the hybrid for an evening spin to the local drive-in. The parking lot was filled with vintage cars and chromed-out hot rods. Men milled around raised hoods, immersed in the details of souped-up engines. Our first reaction was to keep going. These were people who hauled coal, operated bulldozers and worked with all manner of heavy equipment. Our tiny one-horsepower hybrid would certainly seem alien in comparison. In the end, we stopped–and quickly drew a crowd.

Far from ridiculing our diminutive vehicle, there was a lot of curiosity, and encouragement. Before long, we were immersed in discussion of design elements, mechanical specs and suggestions for performance enhancement. Yes, these were men who controlled massive machinery, and celebrated raw horsepower as a hobby, but on a more basic level, they were men who understood and appreciated machines of all types.

Just a week earlier, I’d seen how the leading edge of hybrid design was taking shape at universities such as Virginia Tech. Undoubtedly, these research programs will lead to many of the coming breakthroughs in vehicle design. But at the same time, I’d be willing to bet that one day, some of the mine workers who now devote their spare time to coaxing an extra 5 horsepower out of a Chevy small-block may turn their know-how to the tenets of efficiency. When this happens, I wont be at all surprised to learn that some important innovations will come from self-taught, machinery-savvy tinkerers working from garage workshops in places like eastern Kentucky.