Starting This Summer, Cars Will Harvest Their Own Waste and Turn Exhaust Into Energy

Engineers are making strides toward cars that can use their own waste for energy, testing BMW, Chevrolet and Ford vehicles... 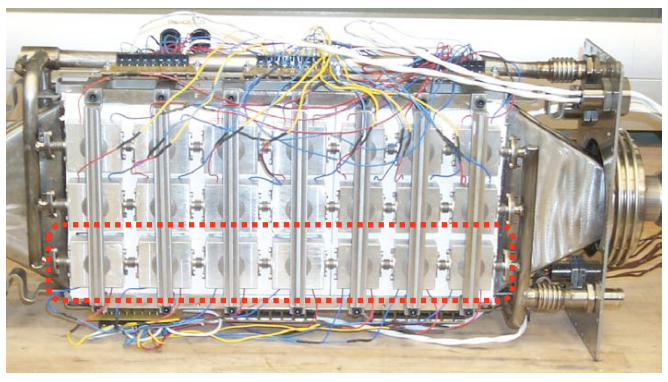 Engineers are making strides toward cars that can use their own waste for energy, testing BMW, Chevrolet and Ford vehicles outfitted with heat-collecting devices that can improve fuel economy.

In most vehicles, around 40 percent of gasoline energy is wasted as heat — you have to burn gas to make the car go, but there’s no way to capture the radiant heat of the act of combustion. Exhaust gases can reach 1,300° F. Thermoelectric devices integrated into a car’s exhaust system could capture this heat, but it’s difficult to design generators that can withstand the huge temperature differential required to produce a current.

Improved devices that use rare earth metals and super-strong alloys could produce a few hundred watts of energy, improving fuel economy by 3 percent, according to initial tests at General Motors.

Technology Review reports on efforts at BSST, a thermoelectric-device maker in California, and at GM’s research labs in Michigan. BSST is testing compounds made of hafnium and zirconium, which can withstand the high temperature differential. GM’s project is getting out of the lab, where we first saw it last fall, and into a Chevy Suburban. GM’s thermoelectric research has centered on skutterudites, cobalt arsenide minerals doped with rare earth elements like ytterbium.

Computer models show the device could generate 350 to 600 watts for city and highway driving, respectively. This equates to a 3 percent improvement in fuel economy, according to GM. That’s not great for a system that requires expensive and difficult-to-obtain rare earth metals, but further testing could yield even better mineral formulas with even greater efficiency.

In its first tests this spring, GM sliced out a section of a Suburban’s tailpipe and welded in the thermoelectric device, which looks like a muffler. GM scientist Gregory Meisner tells Technology Review the next design would be better integrated into the vehicle’s exhaust system, rather than added at the back end.

It could still take a few years for the devices to be integrated into new cars, Meisner said. GM’s goal is to achieve 10 percent improvement in fuel economy by 2015 without increasing emissions.