This Month in Japan: Augmented Reality Nav System Spots Landmarks As You Drive

In Japan today, Pioneer announced the launch of the first in-dashboard system to use augmented-reality technology. A seven-inch LCD screen... 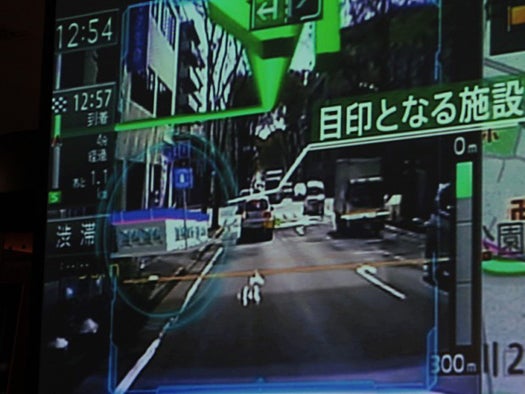 In Japan today, Pioneer announced the launch of the first in-dashboard system to use augmented-reality technology. A seven-inch LCD screen on the dash displays an augmented version of the driver’s view, in conjunction with a wireless camera installed on the windshield.

The system identifies objects as you approach them, and calls them out on the screen. It highlights lanes, and recognizes traffic lights, other cars, and apparently even convenience stores (above). No word yet on how the system recognizes a building as a convenience store, but while details may be scanty, the idea is pretty exciting. The system will cost $3,700 and is set to go on sale in Japan by the end of the month.