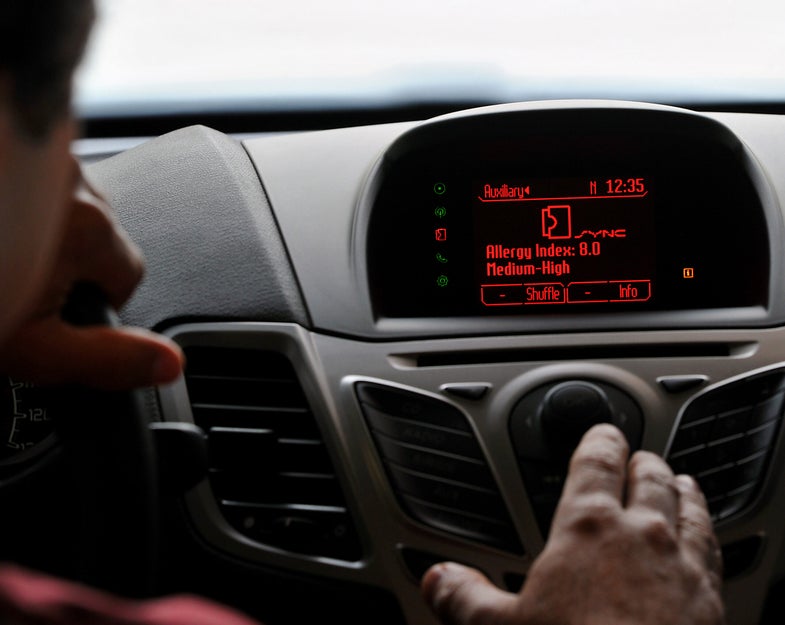 DETROIT — Within the next couple years, your car will notice if you have low blood sugar and tell you to have a snack; check local pollen counts and roll up your windows to prevent an allergy attack; and at lunch time, give you directions to the nearest healthy-eating establishment, pausing your iPod to broadcast the restaurant’s menu.

Using a suite of new apps Ford announced Wednesday, personalized medicine could soon be as simple as revving your engines. Now we just need someone to record some lines as KITT.

Ford is working with three medical technology firms to build web-connected apps for its Sync onboard communications interface. The programs are still in the research stages and won’t make it to market for at least a year or two. In the meantime, the automaker wants to highlight its increasing focus on consumers’ health, according to Paul Mascarenas, Ford’s chief technology officer.

“People are spending so much time behind the wheel, and that’s expected to increase as we go forward, with increased traffic density and congestion,” he said. “(This is) about seeing the car as more than just a car. It’s now a platform that we can use for development, innovation, and connectivity.”

Ford executives said they are not planning to have car apps that monitor blood alcohol, however, which seems like an obvious health and safety solution, especially when the company pointed to prevention of crashes involving hypoglycemic patients. The focus is on chronic disease monitoring and general wellness, Ford says.

Other automakers have been working on technology that enables cars to detect pedestrians and work together in teams for increased safety and fuel economy. Another notable health initiative came from Nissan last year, which plans to offer cabin air purifiers and spritz motorists with vitamin C.

Ford is not targeting a specific consumer market for the technology, Mascarenas said — it could benefit anyone from frugal Fiesta drivers to owners of pricey Lincolns.

A driver would use simple voice commands to control Ford’s Sync system, which the company says would keep drivers’ eyes on the road. Transportation Secretary Ray LaHood has been on a crusade against driving distractions, especially text messaging and other mobile phone use. (The U.S. Department of Transportation considers cognitive distractions a hazard as well.)

Ford showed off some prototypes at a press briefing Wednesday. Press a button, say the word “allergy,” and the Sync allergy app advises you about environmental irritants in your zip code, which can cause allergic reactions and asthma attacks. The system uses the car’s GPS system, local weather info and pollen data. In Dearborn, Mich., on a drizzly Wednesday, birch and maple pollen was the predominant problem.

The system could conceivably be programmed to protect you from allergens by rolling up the windows for you, or recirculating the interior air, Ford says.

“In Los Angeles, maybe it can route you around smog buildup. It knows where you are and it knows the air conditions in that area, so it gives you a new route, not one that is concerned with fuel economy, but that is concerned with your well-being,” said Gary Strumolo, global manager of Interiors, Infotainment, Health & Wellness Research at Ford Research and Innovation.

Another app, developed with the health monitoring company Medtronic, would connect to wireless-enabled glucose monitors used by diabetics. The driver would use voice commands to access his or her blood sugar records, which are stored in the cloud, and the car could ask questions to ensure that the driver’s blood sugar is not too low — such as, “did you eat breakfast yet today?” If the data suggests the driver is at risk of losing concentration or fainting due to low blood sugar, the car would recommend a snack, explained Dave Melcher, a Ford research engineer. The system is meant to help diabetics monitor their illness, but also to prevent accidents.

If in-car technology can already detect someone’s blood sugar, it’s not a giant leap to sensors that can detect other biometric data — like blood alcohol. Cars that read a driver’s blood alcohol content before starting the ignition, and thereby preventing drunk drivers, would provide an obvious public safety benefit. But Ford is not headed down that road, at least not right now, Mascarenas said.

“We have to do more research in that area … the focus is on health and wellness,” he demurred.

He and other execs who spoke Wednesday emphasized that the apps are intended to be proactive and provide positive reinforcement, not punitive measures. Other apps could help drivers quit smoking, find healthier eating options or even de-stress by monitoring their heart rates.

WellDoc, a company that offers personal health data tracking via mobile apps, has initiated clinical trials in which diabetic patients show marked improvement simply through this sort of additional monitoring. Putting that interface in a car, everyone’s private, captive sanctuary, could be another way to keep patients connected, said Anand Iyer, the company’s president and chief operating officer.

It’s odd at first to hear automotive engineers use terms like “health outcomes” and to hear medical gadget programmers talk about cars as “mobile devices.” But that’s a great thing about technology — it can lead to strange bedfellows that produce useful offspring. 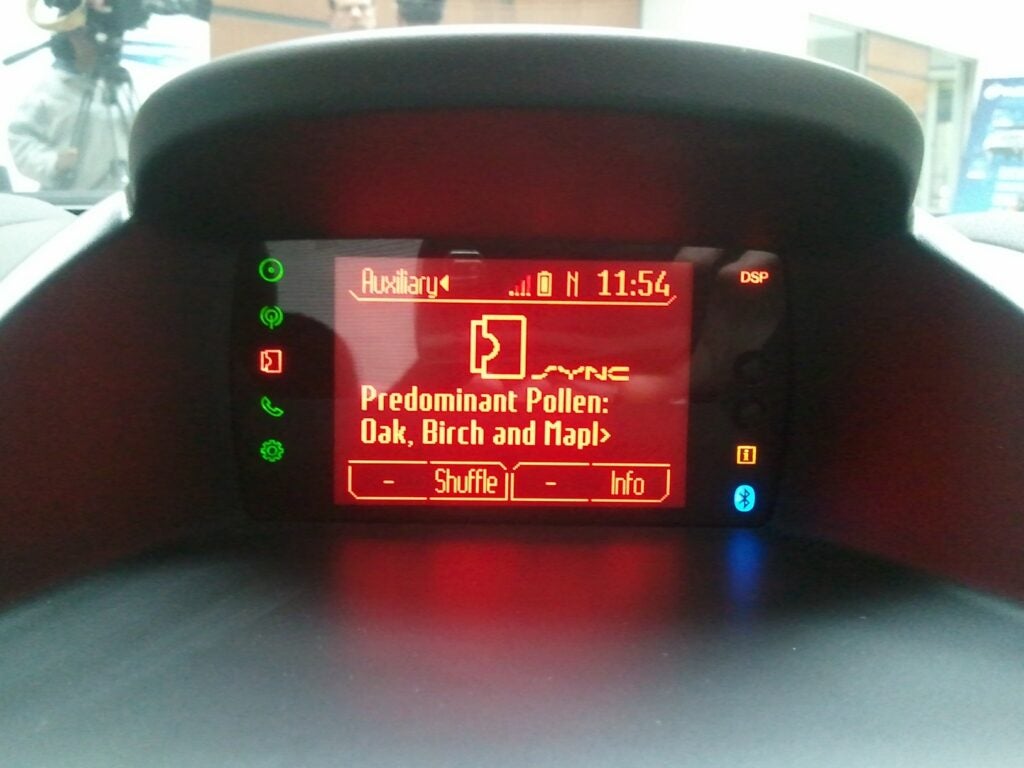