Google’s self-driving car project is ambitious at heart–working with DARPA, Google is aiming to cut the number of traffic-related fatalities... 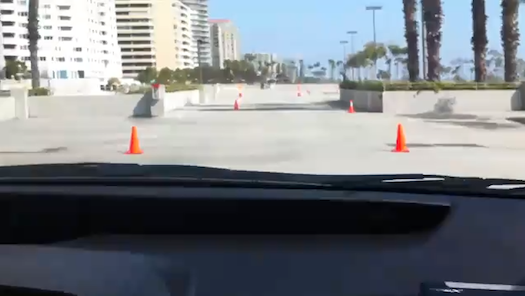 Google’s self-driving car project is ambitious at heart–working with DARPA, Google is aiming to cut the number of traffic-related fatalities by as much as half, saving fuel along the way. But the badassery of the project has been kept largely under wraps until now: This video comes from a demonstration at a TED conference, and we can see that Google’s robot drivers have the cold, steel heart of a rally driver.

The video shows a self-driven car powering through a test course, screaming around tight curves with total precision–not the hesitant, leisurely drive the video operator expected. It’s not clear if the course was pre-mapped into the car’s navigation or if it was using its sensors to pilot in real-time, but either way it’s both impressive and intense.