New ‘Nanolube’ Could Cut Engine Friction by More Than Half

In any contraption with moving parts–automotive engines, industrial machines, a countertop juicer–some degree of energy is lost as heat to... 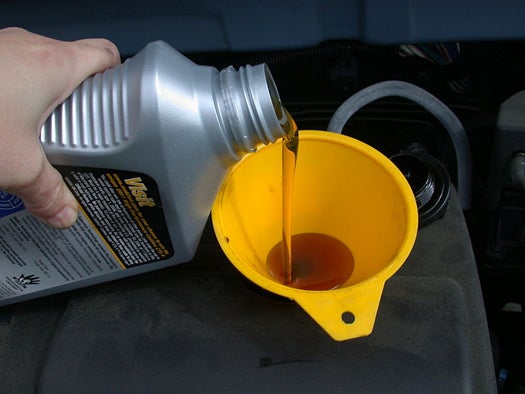 In any contraption with moving parts–automotive engines, industrial machines, a countertop juicer–some degree of energy is lost as heat to friction. That loss can range from the relatively small amount lost by a single juicer, to the collectively huge amount lost each day by, say, all of the cars in the world (or all of the industrial machines used to manufacture them). A new nanotech solution could change that via a new lubrication technology that can cut friction by 55 percent.

Dr. Guojun Liu, a Chemistry professor at Queen’s University, augmented a base automobile engine oils with nanoscale polymer particles just tens of nanometers in size. Tested under simulated conditions mimicking that of the surface metal contact in car engines, these particles were found to reduce friction, and not just by a little. Liu’s nanolube reduced friction–and the energy lost to it–by more than half.

Given the vast applications of metal-on-metal machinery, not just on the road but across the manufacturing industry, in the laboratory, in construction and agricultural equipment, and elsewhere, such a friction-cutting nanolube could put a huge dent in wasted energy. That potential dent is so huge, in fact, that it garnered Liu a Society of Tribologists and Lubrication Engineers’ Captain Alfred E. Hunt Memorial Award.

Do you know anyone who has a Society of Tribologists and Lubrication Engineers’ Captain Alfred E. Hunt Memorial Award? We didn’t think so.