How does GM encourage adoption of its mild-hybrid system? Make it standard 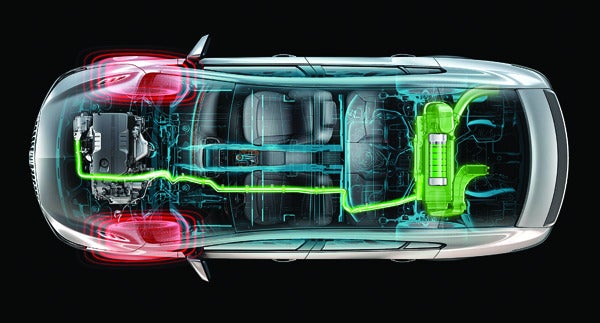 You can see the 15-hp electric motor/generator and the 2.4-liter four-cylinder engine in the front of the car, with the 0.5-kWh lithium-ion battery glowing green in the car's rear. Courtesy GM
SHARE 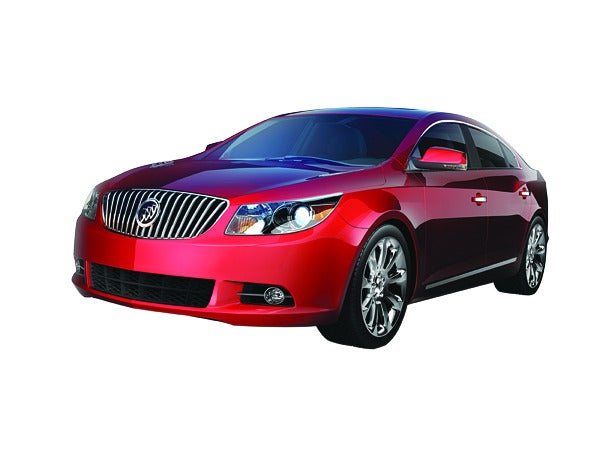 “Mild” hybrids, with their puny batteries and weak electric motors, have largely failed in the marketplace. Next to “full” or “strong” hybrids such as the Toyota Prius—which has a sizeable battery pack and a powerful electric motor and can run under electric power for short stretches—cars like the now-discontinued Chevrolet Malibu hybrid were more expensive than the conventional model but provided only a negligible boost in fuel economy. With the 2012 Buick LaCrosse, however, GM is launching eAssist, a mild-hybrid system that the company hopes will change that equation.

eAssist uses lithium-ion batteries to offer a dramatic bump in mileage at a reasonable cost. How reasonable? Beginning this summer, every four-cylinder LaCrosse will feature the eAssist standard. And that hybrid sedan will be priced identically to the base V6 version, starting around $30,000.

The eAssist-equipped LaCrosse replaces a conventional alternator with an electric motor/generator. Linked to the engine by a drive belt, that motor can help propel the car or generate electricity for the battery. The system shuts off the gas engine at stops, and it can cut fuel to the engine while the car is coasting or decelerating. Powered by a 0.5-kilowatt-hour lithium-ion battery, eAssist delivers more than five times the power (a peak 15 horsepower and 110 pound-feet of torque) of GM’s previous mild-hybrid technology. That boost lets the Buick’s 2.4-liter, 182-horsepower engine run more efficiently without sacrificing performance.

The new LaCrosse will be the market’s most efficient full-size sedan, at a GM-estimated 25/37 mpg in city and highway—a 25 percent gain over the current four-cylinder LaCrosse and a leap over the 17/27 mpg of the V6 CXS model. That’s enough to save a typical owner approximately $600 a year on gas, and the price of the car remains the same.

You can see the 15-hp electric motor/generator and the 2.4-liter four-cylinder engine in the front of the car, with the 0.5-kWh lithium-ion battery glowing green in the car’s rear.
Electric Vehicles
Vehicles
buick
Cars
coming soon
electric cars
february 2011