Next year the number of electric cars and plug-in hybrids in America will increase by an order of magnitude, and... 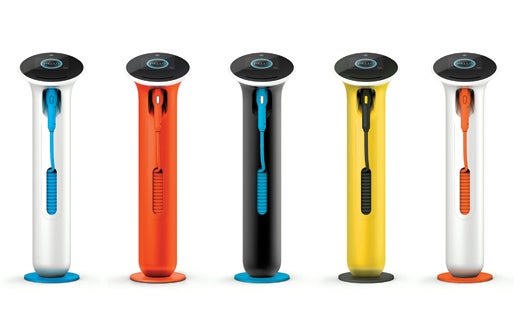 Next year the number of electric cars and plug-in hybrids in America will increase by an order of magnitude, and all of those cars will be able to draw electricity from any 120-volt wall outlet. Just not very quickly. Charging from the wall can take longer than 16 hours. A faster fill-up involves installing a dedicated 240-volt “Level II” home charging dock, and to combat range anxiety—the fear of being stranded with no electrons and nowhere to plug in—automakers want to see these same charging docks installed for public use across the country. So far, the Department of Energy and state and local governments have announced plans to install more than 11,000 public chargers in 19 states. Here’s what’s coming.

Thanks to standards set earlier this year by the Society of Automotive Engineers (SAE), charging docks like the GE WattStation—which arrives next year­ in both home and public versions—can connect to any new EV or plug-in hybrid. Designed by Yves Béhar, known for his work on the One Laptop Per Child computer, the WattStation delivers a 24-kilowatt-hour charge, good for approximately 100 miles’ worth of driving range, in four to eight hours, for about $3. (You’d spend $12 to cover the same distance in a 25-mpg car using $3-a-gallon gas.) On public versions, you can pay with a credit card. A commercial unit will cost $3,000 to $7,000, with wall-mounted home chargers closer to $1,500, a blow softened by the federal tax credit covering half the cost. 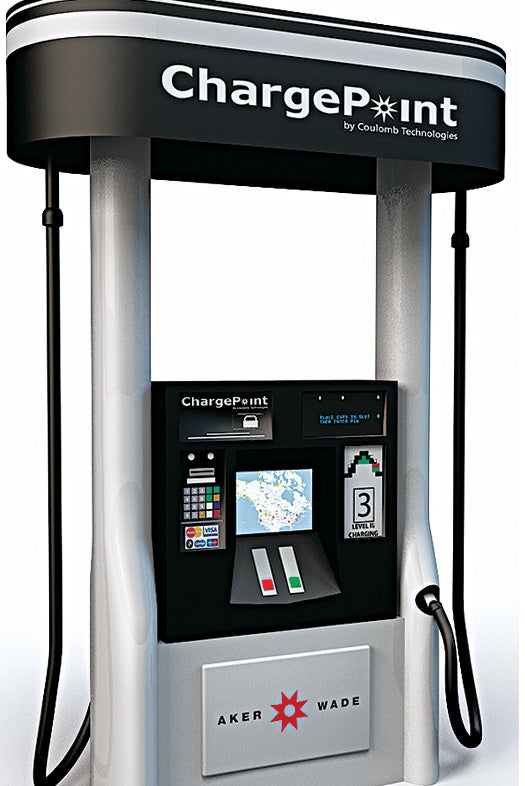 Level III “fast chargers,” industrial-strength electron pumps that can fill a battery in 30 minutes or less, will be essential for taking electric cars mainstream. AeroVironment has said that covering a metro area will require an array of public fast-charging stations 10 to 30 percent the size of the local gas-station market—250 to 750 chargers in Los Angeles, for example. The SAE hasn’t agreed on standards for Level III chargers, and fast chargers are still several months away. But Coulomb Technology’s prototype 480-volt DC ChargePoint station, which the company developed with Aker Wade Power Technologies, is a vision of what’s to come. These chargers handle voltages so high that they might require a trained attendant to ensure safe fill-ups. Such speedy charging could finally free EVs from mere commuter-car duty. 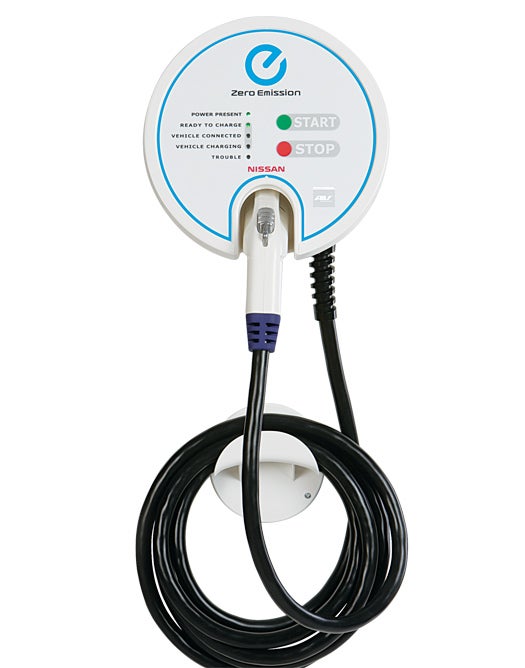 Nissan knows how frustrating it will be to fill the Leaf’s hefty 24 kilowatt-hour battery from a 120-volt outlet, so it’s encouraging Leaf buyers to install Level II home charging docks built by AeroVironment, the company known for its work on GM’s EV1. AeroVironment is training electricians to inspect drivers’ homes, obtain local permits, and install the 240-volt AC docks, whose 3.3-kilowatt rate can fill the Leaf’s 24-kilowatt-hour battery in four to eight hours. Together, the dock and installation cost roughly $2,200; half of that is offset by a federal tax credit.