Next-generation cars are already being designed to keep us comfortable. But some car companies are going a step further, aiming... 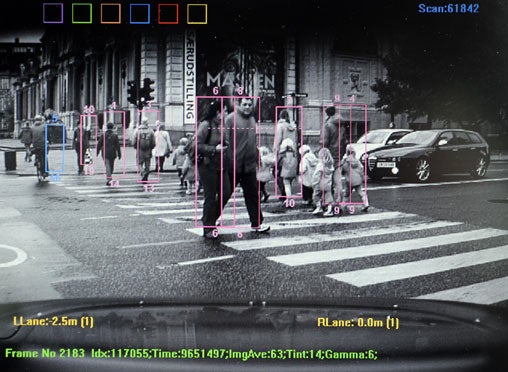 Next-generation cars are already being designed to keep us comfortable. But some car companies are going a step further, aiming to make us invincible inside our cars.

By 2020, “nobody shall be seriously injured or killed in a new Volvo,” according to the carmaker’s Vision 2020 program. Volvo and other automakers are hoping a confluence of technology will make cars safer and potentially fatality-free, Computer World reports.

Some of the technology already exists, such as sensing capabilities that let cars park themselves.

As part of its Vision 2020 program, Volvo will start testing “road trains” early next year, in which cars will use adaptive cruise controls to maintain a set distance from each other. Road trains will take advantage of existing automated systems for maintaining distance, accelerating and decelerating, according to Volvo.

The 2011 Volvo S60 has a passenger-detection system that combines radar with a camera to measure the distance and trajectory of moving objects. If a person steps in front of the car, the car will bleep to warn the driver. If the driver doesn’t react immediately, the system automatically applies the brakes. The system can prevent pedestrian collisions at speeds up to 20 mph, and at higher speeds, at least the car’s speed is reduced before impact, Volvo says.

Cars of the future will not only be built to keep us safe, but they will actively search for dangers by communicating with other cars and with smart road infrastructure, including signs, traffic lights and parking lots.

That will require a dedicated wireless spectrum as well as agreement about standards among auto brands, meaning this type of system is several years away. But passenger radar and road trains are a start.