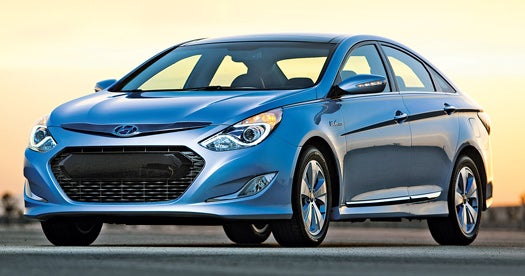 Despite being the world’s fastest-growing automaker, Hyundai isn’t known for its engine-building prowess. This year, however, the company is rolling out one of the most powerful yet efficient four-cylinders ever produced, putting it on track to become the first carmaker to meet the new federally mandated average fleet fuel-economy standard of 35.5 mpg by 2016.

The 2011 Sonata now on sale, with its direct-injection 2-liter four, is already the market’s roomiest and most fuel-efficient conventional midsize sedan. Later this year, two new Sonatas, the turbo and Hybrid, will deliver a potent encore. Let’s start with the Sonata 2.0T. Like other turbos, the engine uses exhaust gases to spin a turbine, which pumps compressed air into cylinders to boost power. But the Hyundai’s twin-scroll turbocharger—typically found on pricier sportscars—directs exhaust to the turbine via two pathways instead of one. This creates steadier pulses of exhaust gas and reduces “turbo lag,” the delay between punching the gas and the rush of acceleration. The 2-liter turbo promises to deliver 274 horsepower, more than the Honda Accord’s 3.5-liter V6, to achieve 22 mpg city and 34 mpg highway while using 20 percent less gas. 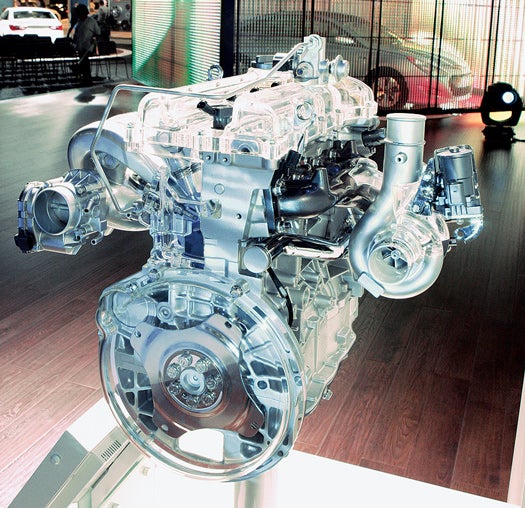 The Sonata 2.0T’s four-cylinder engine uses a high-end turbocharger to squeeze out 274 horsepower.

Next, the Sonata Hybrid will pair a 2.4-liter four-cylinder Atkinson-cycle engine (the same efficient design found in the Toyota Prius) with a lithium-polymer battery and a 40-horsepower electric motor for an impressive combination of efficiency and power. Add to that a lightweight chassis, a six-speed automatic transmission and low-rolling-resistance tires, and the result is an estimated 37/39 mpg in city and highway—right in line with the class-leading 41/36 mpg of the Ford Fusion hybrid.