Oldest Known Flying Car is Up for Sale 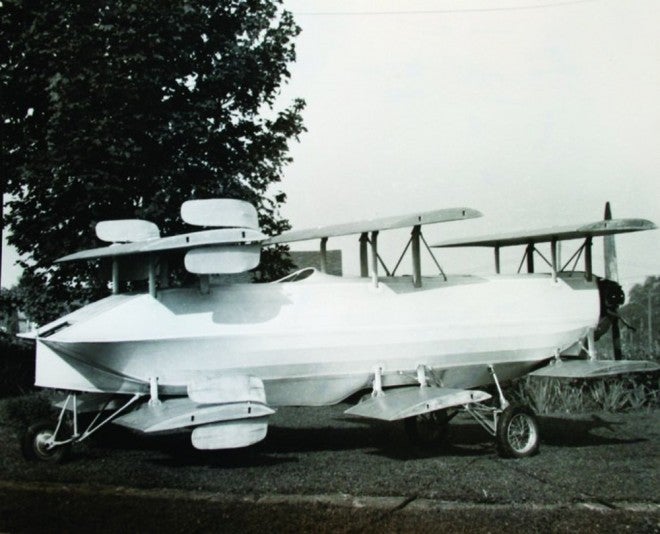 Flying cars may seem to keep receding into that deliciously-imagined future, but this, one of the earliest prototypes, hails from 1934. It is now slated to go up on the auction block in Atlanta this coming weekend, according to Wired’s Autopia.

Inventor Frank Skroback designed the 21-foot-long plane that includes six wings with seven-foot spans. As Autopia points out, that sounds a bit lacking when it comes to producing the necessary lift to get the beast off the ground. Maneuvering the plane … car … in the air might also present a problem with the relatively tiny vertical control surfaces.

The winning bidder would receive documentation on the invention from Red Baron’s Antiques, such as the 1921 design patent and letters showing previous attempts to sell the contraption.

We previously covered a more modern “roadable aircraft” in the form of Terrafugia’s Transition, which made its first successful flight back in March 2009. The four-wheeled, folding wing vehicle can fit in a garage while it’s not roaming the roads or skies, and may represent one of the most practical, engineering-based attempts to bring a flying car — I mean roadable aircraft — to life.

That’s not to say we don’t enjoy our pie-in-the-sky visions, such as a DIY flying motorcycle that would put those kids from ET to shame. And perhaps the Pentagon’s DARPA might spark someone’s imagination by proposing a transforming VTOL vehicle. But here’s our advice for the winning bidder on the Skroback invention — consider keeping it on the ground.