Based on the Chevy Volt, Cadillac’s Electric Converj Concept Could See Production

Will GM find great success selling a version of its Volt extend-range electric car with more upscale goodies and wearing a Cadillac badge? 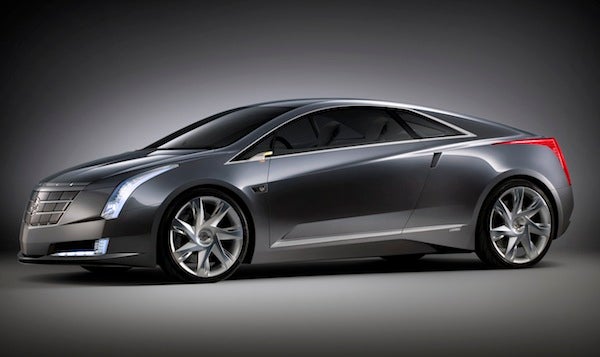 With GM’s Volt extended-range electric car set to arrive in dealerships by early next decade, some are asking whether US buyers will be switched off by a $40,000 Chevy. But would those buyers — essentially early adopters of GM’s new plug-in, gas-electric propulsion technology dubbed Voltec — be more likely to plunk down such a wad of cash on a Caddy? That appears to be the theory behind a proposal inside GM to put its Cadillac Converj concept car into production within a few years, the Detroit News reports today.

GM unveiled the Converj as an upmarket cousin of the much heralded Chevrolet Volt at the Detroit auto show earlier this year. The Converj shares the Volt’s extended-range electric powerplant, but sports a more aggressive look reflecting Cadillac’s angular “Art and Science” design language, along with more luxurious interior appointments.

GM’s financial troubles had put the kabosh on a production Converj early on, but company insiders have reportedly been trying to get the project greenlit for most of the year. Last week the Converj was included in a production plan Cadillac officials presented to GM’s board of directors, according Detroit News sources. If they bite, it’s a vindication of one theory that well-heeled buyers will lead a charge toward the gas-electric Voltec system only if it’s wrapped in a higher-end brand.

With no production date set, a decision to build the Converj would still mean a few years of waiting, though spreading the Voltec powerplant’s development cost to another model would mean party time for some of the company’s accountants. The Chevrolet Volt is due to be released next year as a 2011 model.