India's Reva says drivers of its new electric cars can call or text the company for a remote power boost. Is there a groundbreaking wireless technology afoot, or has something been lost in the translation? 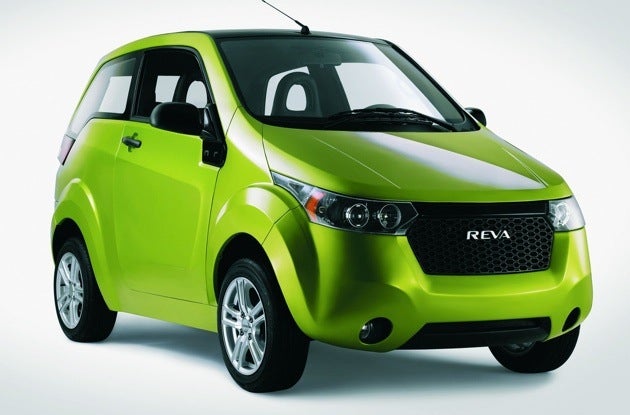 PRNewswire, London, September 7. LONDON - The electric car you can order now. The new REVA NXR electric car, which will be unveiled at the 63rd Frankfurt Motor Show (IAA) at midday on 16th September 2009. This M1 four-seat, three-door hatchback family car is suitable for urban driving with a range of 160 km (100 miles) per charge and goes into production early 2010. Priority reservations online at revaglobal.com, from the 16th. (PRNewsFoto/REVA Electric Car Company).
SHARE

India’s Reva electric car company has a UK hit on its hands with the diminutive G-Wiz, an increasingly common addition to London traffic. This year, the company will introduce a new model, the Reva NXR — a four-seat, three-door hatchback — and plans to unveil a two-seat sports car, dubbed NXG, at next week’s Frankfurt motor show. But what’s got the electric-car world talking is something the company calls REVive — a new feature purported to allow a driver who finds himself with insufficient battery charge to get an “instant remote recharge.”

Could Reva be ready to roll out an inductive recharging system that would work over the course of miles instead of just a tabletop? (And is Japan involved?)

Of course, until Reva releases the details of REVive in Frankfurt, we’ll be stuck with speculation. But the company does say it’s a telematics technology (like GM’s OnStar), so we’re wondering if it’s just some kind of information system that’ll point a driver to the closest charging station. But still, the promise of an instant remote recharge is out there. What do you think?