Ford aims to boost mileage throughout its lineup, no hybrid necessary 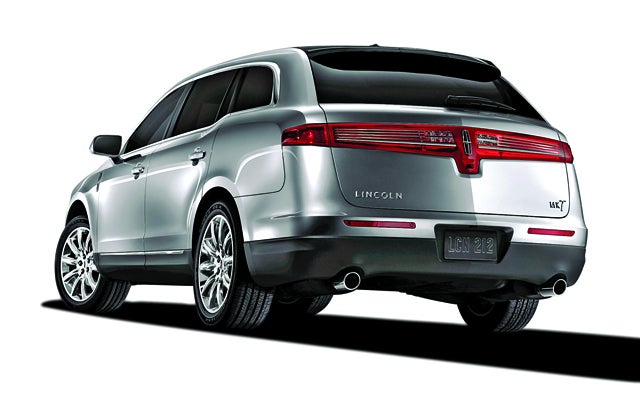 It’s the ultimate conundrum of automobile engines: how to add muscle without chugging gas. Ford’s solution is EcoBoost, a new family of turbocharged engines that will be available on 90 percent of Ford’s lineup by 2013—that’s roughly 1.3 million new rides worldwide each year. We recently tested one of the first models out of the gate, the 2010 Lincoln MKT, whose 3.5-liter, twin-turbo V6 cranks out 355 horsepower—more than many larger V8s, including the 4.2-liter in the Audi Q7 SUV. In one test, the engine hustled Lincoln’s three-row SUV from 0 to 60 mph in 6.1 seconds, more than a second quicker than the V8 Audi. Yet the Lincoln delivers roughly 25 percent better mileage than the Audi, at an EPA-estimated 16/22 mpg in city and highway.

A combination of turbocharging and direct fuel injection supplies EcoBoost’s double hit of mileage and might. Precisely spraying fuel directly into the cylinders cools the air-fuel mixture, allowing a turbo engine to run at high, efficient compression ratios. (Most turbo engines, with more-primitive port injectors, have to run with sharply reduced compression ratios.) As a result, the engines are 30 to 40 percent smaller than comparable V8s, with no loss in power or economy.

The real green action comes when Ford offers EcoBoost engines in virtually its entire lineup. The V6 is also available on the Ford Flex crossover, Lincoln MKS sedan and the Taurus SHO, and it will make a compelling V8 alternative on the Ford F-150 pickup beginning next year. In the same way, smaller four-cylinder EcoBoosts can displace their thirstier six-cylinder counterparts. The first four-cylinder, a 2.0-liter single turbo with roughly 230 horsepower, arrives next year on an as-yet-unnamed model. A 1.6-liter version that’s said to be in the works should get better than 40 mpg in small cars. Hybrids, the competition has arrived. 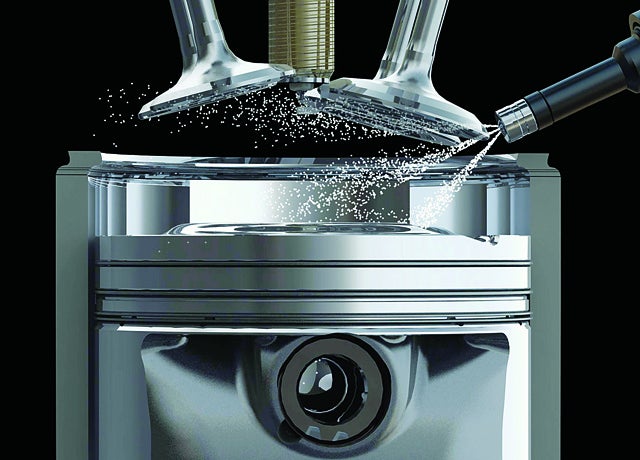 Unlike traditional fuel-injection systems, which mix fuel and air outside the combustion cylinder, the direct-injection system used in EcoBoost engines sprays fuel straight into the cylinder at extremely high pressures. An engine computer precisely measures the amount of fuel used, thereby making sure that the least amount of gasoline creates the greatest possible amount of power.