A company that makes plug-and-play kits to let cars run on natural gas goes hotrodding. Will it convince the old roadster crowd to do low-emissions burnouts? 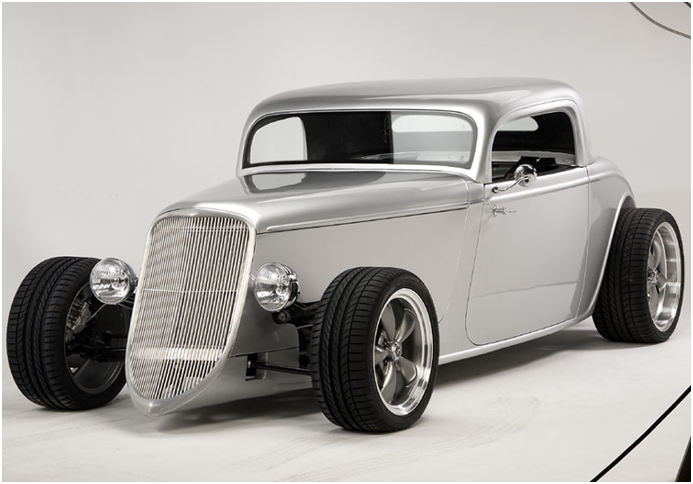 As a fuel for cars, compressed natural gas hasn’t exactly exploded in the US. Of all the major automakers, only Honda offers a CNG-powered car, buyers of which are eligible for a tax rebate and get a free pass on the carpool lane in most states. But proponents of CNG say the fuel that’s common for buses and fleet vehicles is not only good for commuter cars, but for flamboyant customs as well.

AFVTech’s regular business is converting regular cars to run on CNG, but the the company is setting its engineers upon a showcase vehicle that happens to be a 1933 Ford Roadster. In addition to its clean-burn properties that mean low emissions and long engine life, CNG also has a high octane rating, allowing high-performance cars to use an elevated compression ratio and produce more power.

In this case, that power comes from a modified 7.0-liter LS7 V8 engine from Chevrolet’s Corvette Z06, tuned to produce more than 600 hp. The powerplant is connected to a six-speed transmission and modern gear like a drive-by-wire engine management system and four-wheel ABS brakes with selectable traction control. Details on the CNG tank setup to feed that eight-pot beast will likely be forthcoming.

Naturally, the company’s aim is to make a statement, promote the properties of CNG that make it favorable as an automotive fuel, and of course lay enormous black stretches and clouds of atomized rubber over Las Vegas, where the hot rod will make its debut at the AFVI alternative-fuel trade show in Las Vegas in May 2010.