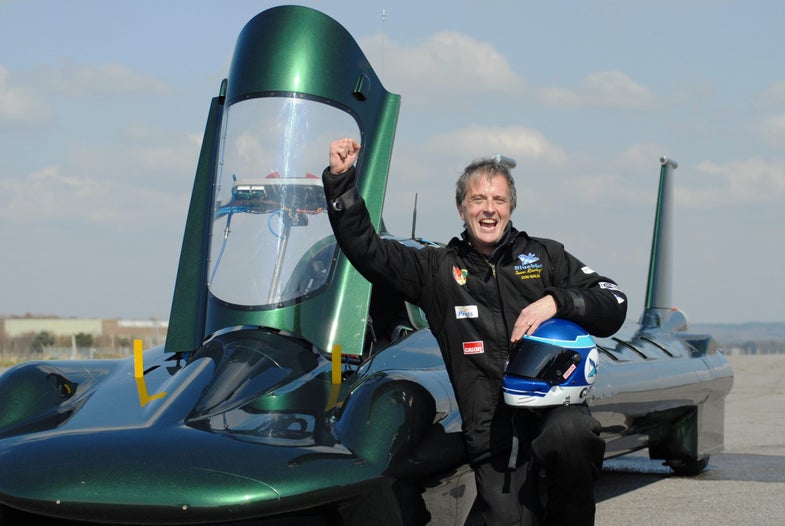 This morning, at California’s Edwards Air Force Base, a British steam car put the kettle to the metal and broke the oldest-standing land speed record. Driver Charles Burnett III piloted the car to speeds of 136 mph and 151 mph during two separate runs.

British engineers celebrated a triumph that comes after days of setbacks and 10 years of development. Attempts to break the record last week had faltered when the steam car’s turbine became stuck, although the car had unofficially broken the record during test runs.

The official recorded speed averaged from the two latest runs breaks the previous steam car record of 127 mph set by Fred Marriott in 1906 — as long as it holds up to official FIA scrutiny. 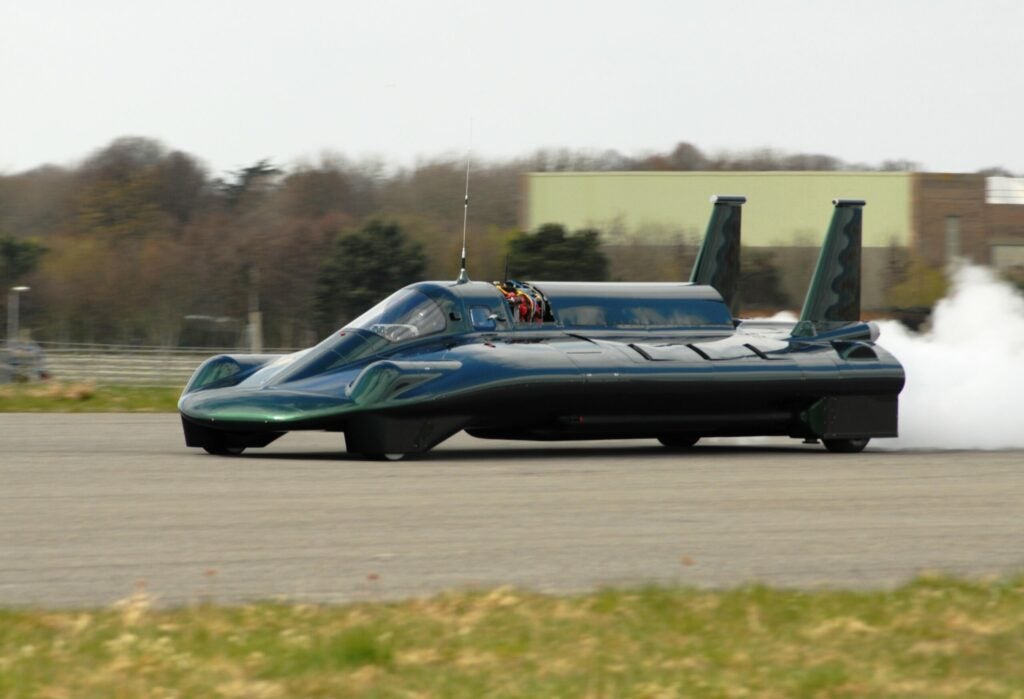 “We reached nearly 140mph on the first run before I applied the parachute,” Burnett said. “All systems worked perfectly, it was a really good run. The second run went even better and we clocked a speed in excess of 150 mph.”

Team members worked quickly to turn the car around in 52 minutes for the second run, because the FIA requires that the return run take place within 60 minutes. Acceleration and deceleration each took 2.5 miles, and the car ran near peak speeds for a measured mile.

“Compared to the testing we did in Britain, the British Steam Car ran 12 times the distance and twice the maximum speed — all within one hour,” said Matt Candy, project manager.

Still, the three-ton, 25-ft “Inspiration” steam car represents a marvel of engineering that wraps new materials around an old concept. Lightweight carbon-fiber composite and aluminum cover a steel space frame chassis, and the car holds 12 boilers containing almost two miles of tubing. Steam gets superheated to 400 degrees C (752 degrees F) before being injected into the turbine at more than twice the speed of sound.

PopSci has previously highlighted inventors who are looking to use steam power for modern-day devices, ranging from cars to robots.