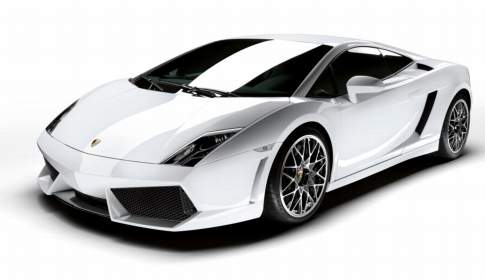 The Lamborghini Gallardo (pictured) could be the first of the company's models to test a new hybrid system, according to company CEO Stephan Winkelmann. The first Lamborghini hybrids are slated to arrive by 2015. Lamborghini
SHARE

In an interview with Germany’s Automobilewoche trade paper, Lamborghini CEO Stephan Winkelmann says the Audi-owned sports car maker will launch a hybrid model by 2015. Surprising news for a company whose V10 and V12 engines are best known for converting large quantities of premium unleaded into blazing speed? Not really. Officials from rival Ferrari have said, as often as anyone will listen, that a hybrid Ferrari is on the way — the exact same year. What a coincidence.

Not mentioning the Ferrari hybrid by name, Winkelmann did say the Lamborghini hybrid — like the Toyota Prius — will call on an electric motor to propel the car fully at slow speeds, like in city traffic. The traditional Lambo 10- or 12-cylinder gasoline engine will take over at higher speeds. That means the system likely won’t be like the current hybrid-drive tech used in Formula One racing — which provide a short-term boost of power — some teams have been using this F1 season to uneven results. He also hinted that the company’s Gallardo model would likely provide a test-bed for the first iteration of the company’s hybrid system.