Ford confirmed what car watchers have known what was coming all along from the blue-oval brand: A four-cylinder engine with the power of a six. 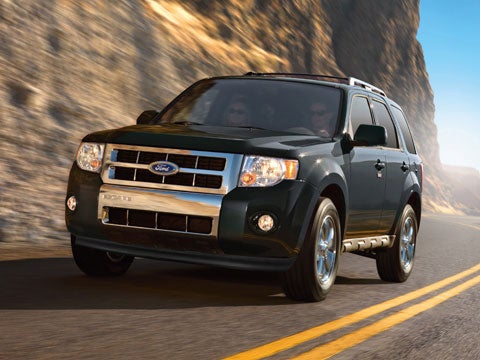 Ford’s already said its twin-turbocharged Ecoboost V6, offered in the company’s Taurus SHO, offers the power of a V8 with the fuel economy of a six. Now, take that down two cylinders. The company confirmed at a Dearborn press conference this morning it will build a four-cylinder version of its Ecoboost engine. Following on the company’s engine calculus, that means the power of a six-cylinder engine with the fuel economy of a four.

The new Ecoboost will produce at least 230-horsepower and 240 pound-feet of torque, from a displacement of 2.0-liters. Edmunds says the Ecoboost may show up first in Ford’s next Escape SUV, though the company hasn’t announced anything yet, and there’s no word on mileage ratings. What’s next, a three-cylinder engine with the horsepower of a five, or does it only work with even numbers?